Although AstroDMx Capture for Linux/macOS/Windows has been written primarily for astronomical imaging. It does have other imaging applications such as microscopy imaging and nature imaging. I am a professional biologist as well as being an astronomer, and these secondary applications of AstroDMx Capture are of considerable interest to me as well as to Nicola, who is writing the code of the software.

We have set up a waterproofed nest box on a north-facing wall of the house, to avoid the intense heat that would be experienced by a nest box on a southerly facing wall.  The nest-box has been equipped with an endoscope camera pointing directly down into the nesting area. The nestbox has been in place since January. 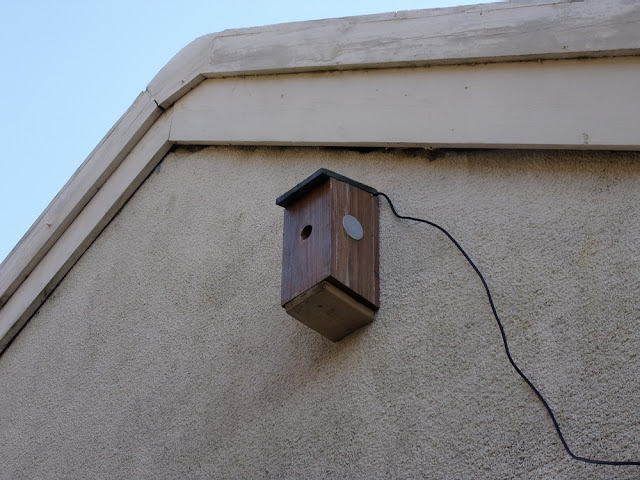 The cable from the endoscope camera can be seen coming from the nest-box.

As I write this article, the nest-box has been adopted by blue-tits and a nest is in the process of being built.
The beauty of this technique is that is does not intrude on the occupants, who are unaware of the surveillance.


The Ubuntu laptop being used to monitor activity in the nest box. 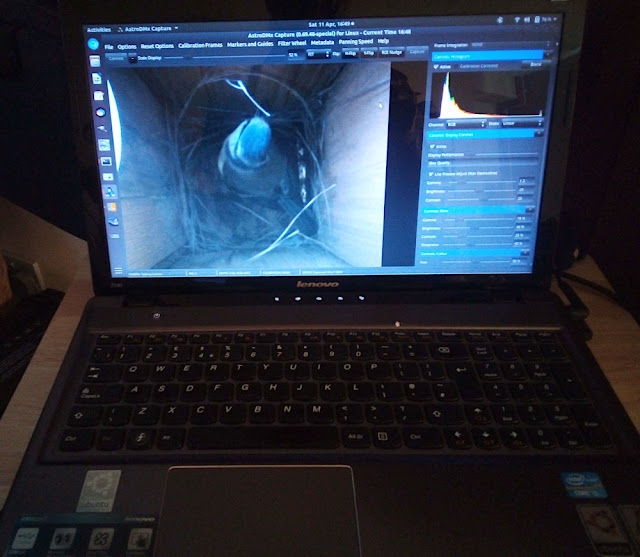 The female blue tit can be seen as she brings nesting material into the box and carries out the laborious process of nest construction.

AstroDMx Capture for Linux is set to capture 1 frame per second into a SER file. This SER file can then be used in a variety of ways to show the activity in the nest-box.


Screenshot of AstroDMx Capture saving frames, one every second into a SER file 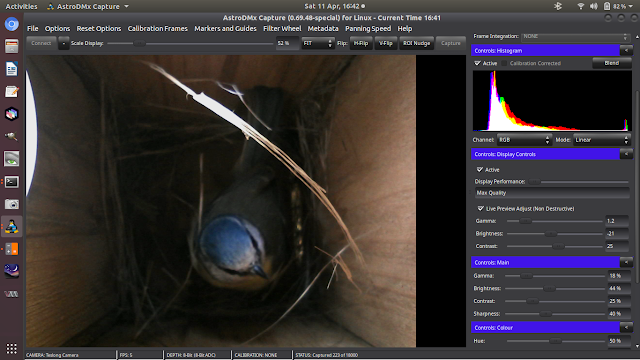 One image from the SER file 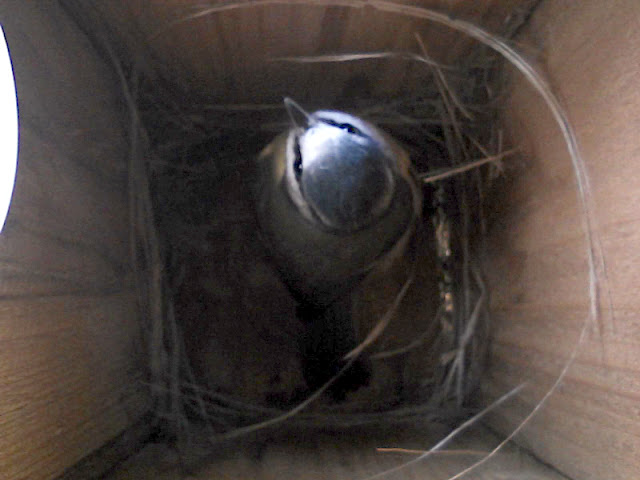 After 24h considerable progress has been made 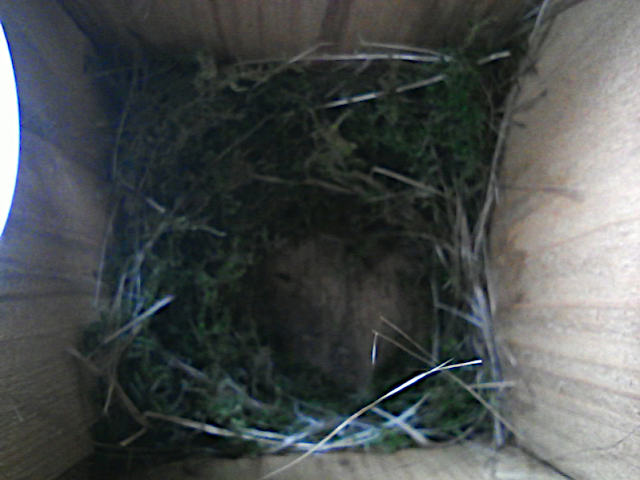 Animation made from a SER file

Nicola is working on a feature for AstroDMx Capture that will facilitate this kind of nature study.
Posted by astroimager at 16:28