M3 with AstroDMx Capture for MacOS

A ZWO ASI178MC USB 3.0, 14 bit ADC camera was placed at the Newtonian focus of a Skywatcher Explorer 130 PDS 130mm, f/5 Newtonian, mounted on a Celestron AVX, EQ, GOTO mount.
A MacBook running High Sierra and AstroDMx Capture for MacOS was used to capture 30 x 45s exposures and 10 matching dark-frames as 16 bit Tiff files.
Deep Sky stacker running in Wine was used to stack the best 26 images. The resulting image was post processed in The Gimp 2.10 and Neat Image. 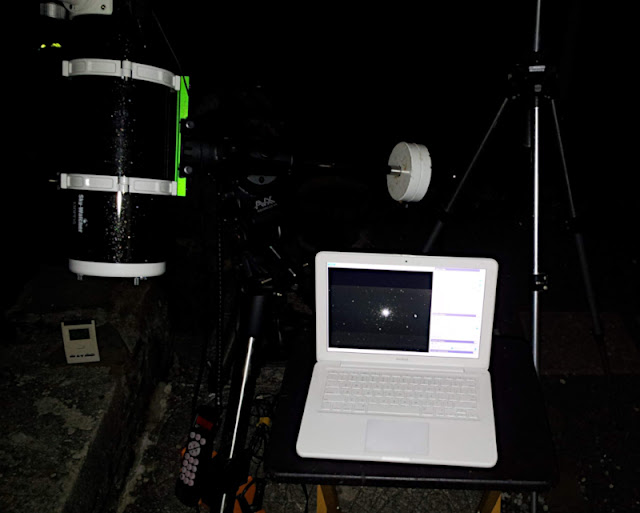 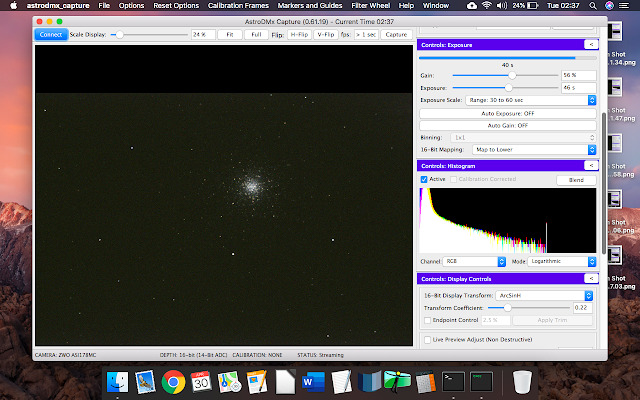 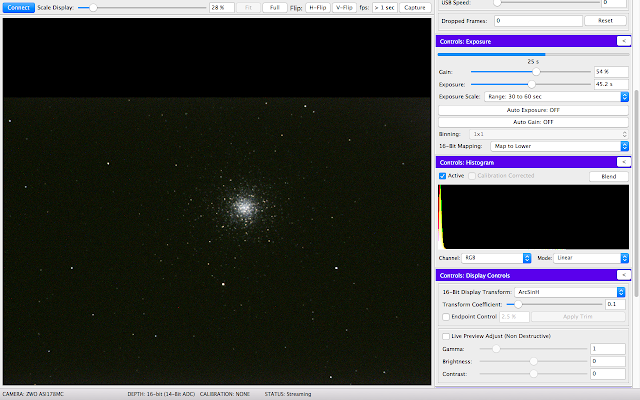 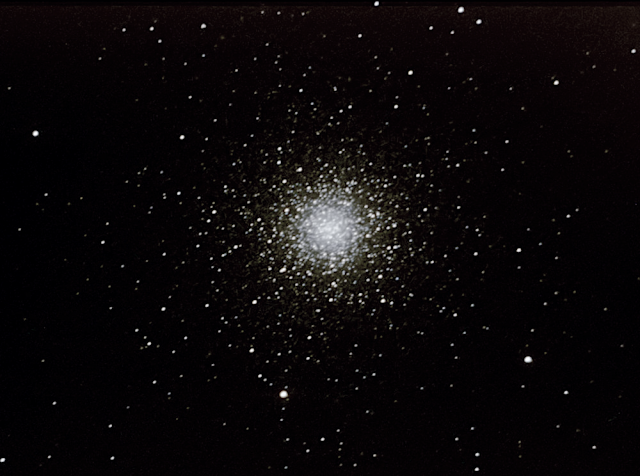 Nicola is adding the functionality to the MacOS version of AstroDMx Capture, and a release will be made when it is complete.

Astronomical imaging with a headless Raspberry Pi and a Tablet computer, using AstroDMx Capture for Linux.

AstroDMx Capture for Linux was running on a Raspberry Pi 3B

The Raspberry Pi was running a VNC server and was operating headless (without a keyboard, mouse or screen)

The Pi was operating as a wireless access point which allowed a Samsung Galaxy Note tablet to connect to the access point in exactly the same way that it would connect to a router. The tablet was running a VNC viewer and was able to access, display and control the Raspberry Pi desktop and enabled the launching, viewing and control of AstroDMx Capture for Linux, running on the Pi via the tablet.


The imaging setup with a DMK 21AU04.AS camera at the Cassegrain focus of a Skymax 127 Maksutov. The tablet computer and the headless Raspberry Pi can be seen on the table. 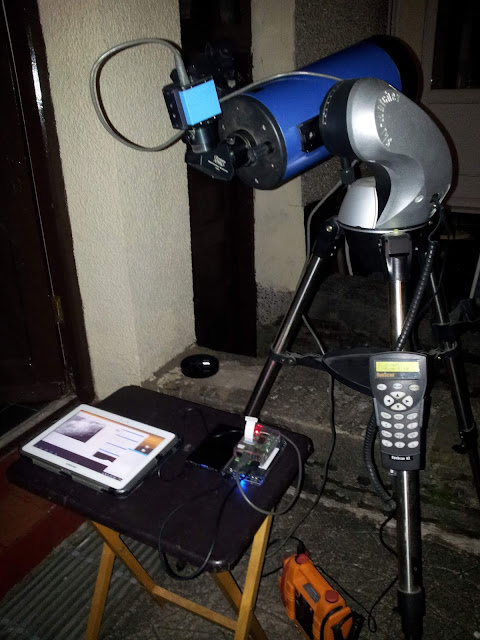 The Tablet computer displaying and controlling the Raspberry Pi desktop 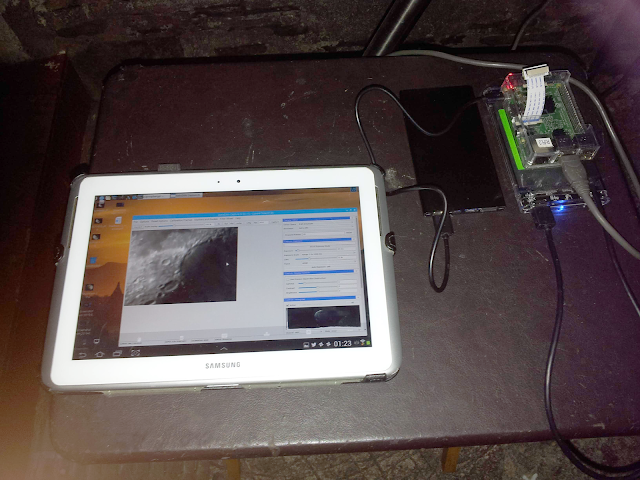 AstroDMx Capture for Linux is running and streaming data of Mare Crisium from the DMk camera. The Power Bank and the headless Pi can be seen on the right.


Screenshot from the Tablet computer 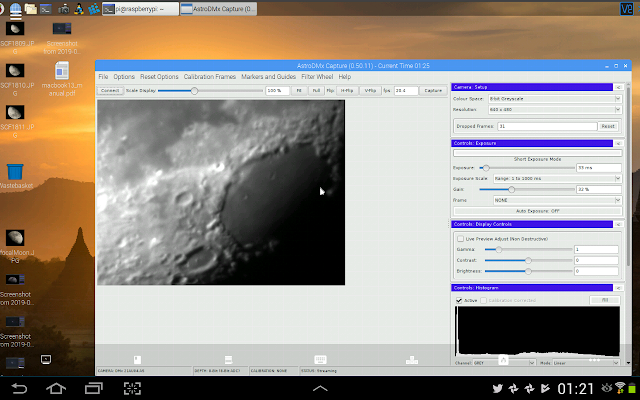 The Desktop of the Raspberry Pi is visible behind AstroDMx Capture for Linux, which is streaming data from the DMK camera 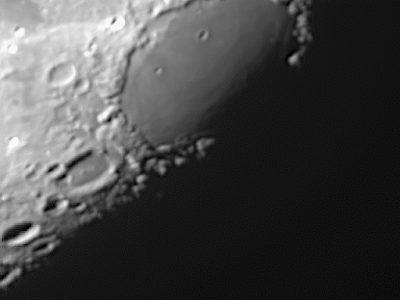 This system provides a low power option for imaging in the field. More experiments will be done, but the system works.
Posted by astroimager at 15:29

This is still a work in progress, but Nicola is making good progress with this version of AstroDMx Capture running on the UNIX operating system MacOS.
A QHY 5L-II-M camera was placed at the Cassegrain focus of a Skymax 127 scope mounted on a Celestron AVX, EQ, GOTO mount.
5000-frame SER files were captured of various regions of the 96.8% waning Moon using AstroDMx Capture for MacOS and a MacBook running High Sierra. 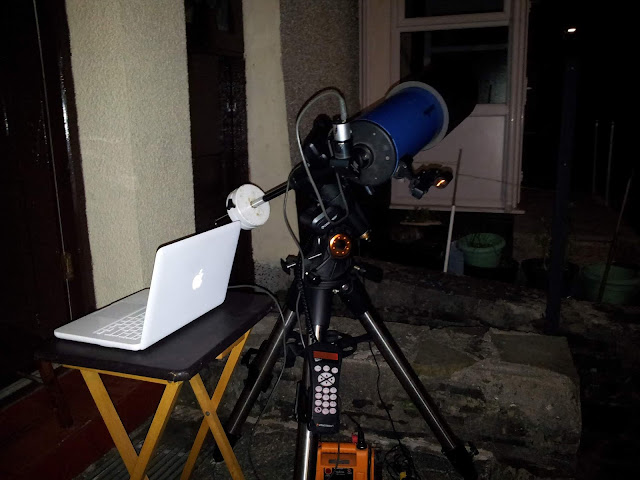 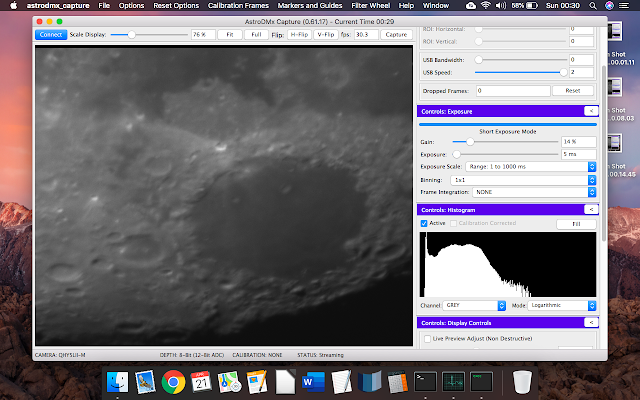 The best 40% of frames in the SER files were stacked with Autostakkert! 3 and wavelet processed in Registax 5.1, both running in Wine. Two overlapping images were stitched in Panorama Stitcher and the final image post processed in the Gimp 2.10. 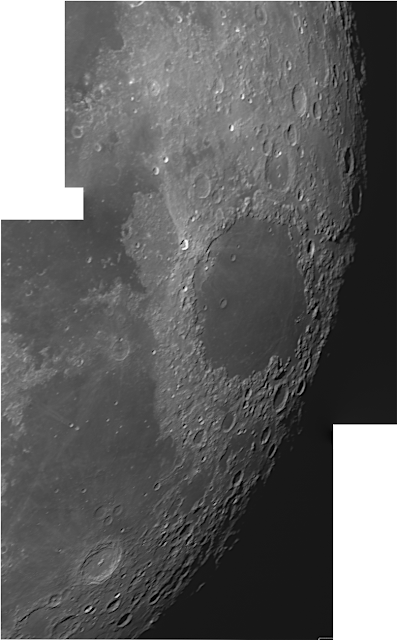 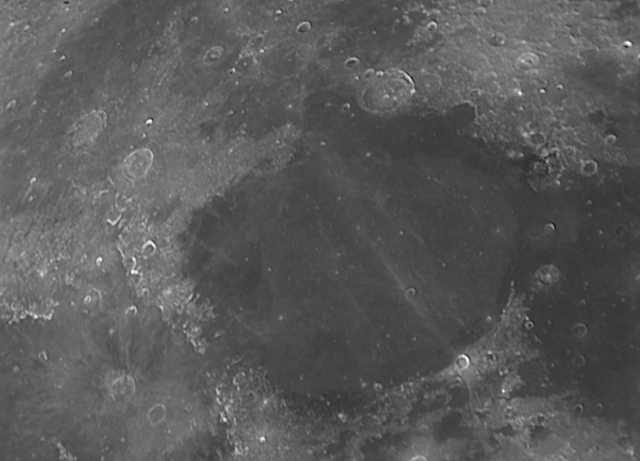 The development of AstroDMx Capture for MacOS involves the refactoring of lots of code, and Nicola is taking advantage of this to develop the code simultaneously for MacOS and Linux, and where possible, improving the performance of the software.