Experiments with a low cost board video camera

I am looking into suitable, entry level astronomical imaging devices and am considering the merits of video TV board cameras. I located and obtained this device from Amazon:

The lens was removed and a standard webcam adapter was screwed in place of the lens. The camera, as yet unmounted was placed at the prime focus of a 127mm Maksutov scope: 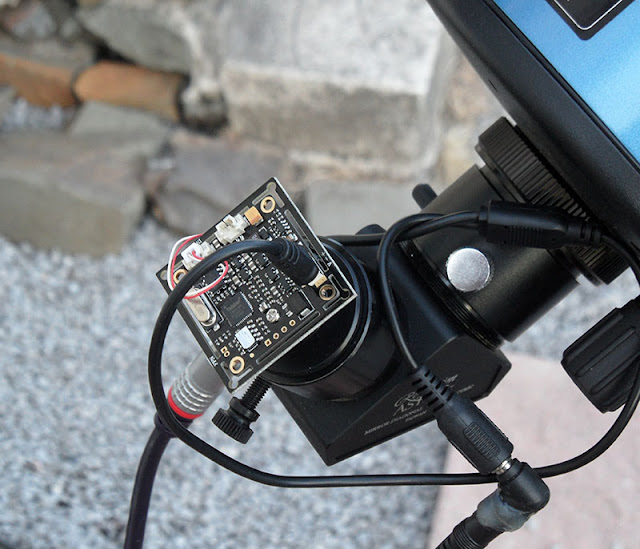 The camera was powered by a 12 volt adapter and the composite video output was connected to a domestic DVD recorder, set to High Quality. A 7 inch TV monitor was connected to the output of the DVD recorder. Below is the live view from the monitor when the scope was aimed at, and tracked the Moon: 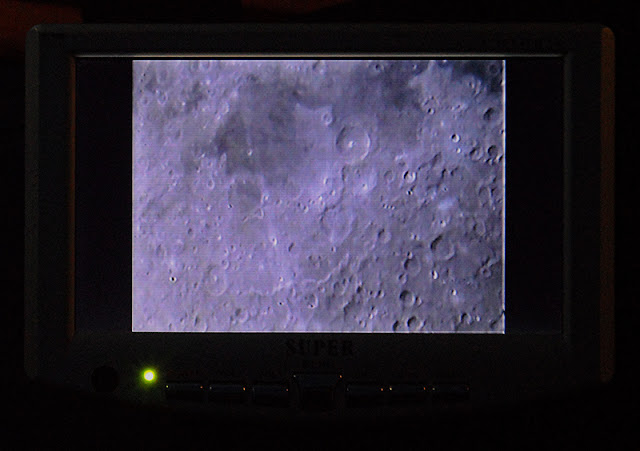 The video stream produced by the camera was recorded to a recordable DVD disk, and later, the BMP images were extracted from the VOB (video object files) on the disk using Ian Davies's VOB extractor software.
1500 video frames were stacked in Registax 5 to produce the following image, which was de-interlaced and post-processed in Photoshop:
The Aspect Ratios were corrected using Nicola Mackin's AR-Corrector software 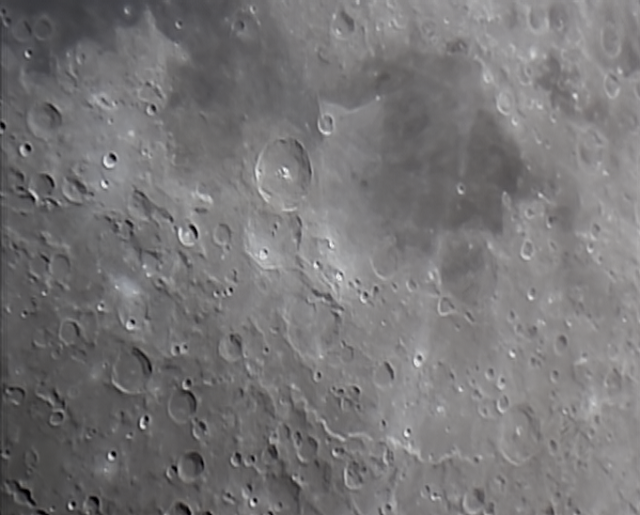 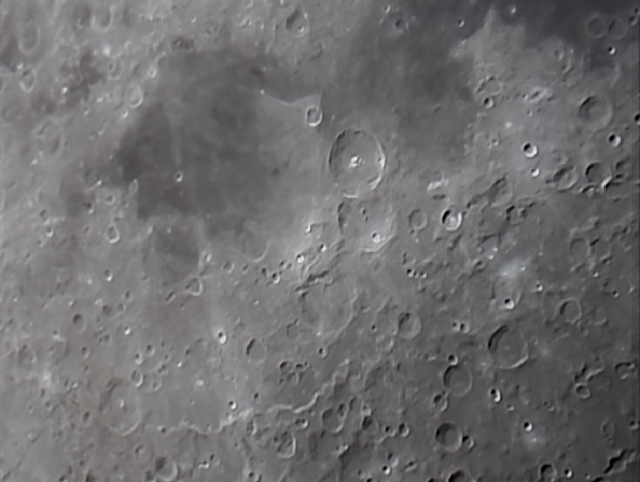 Similarly, another two images were extracted from the DVD:
Lunar Apennines 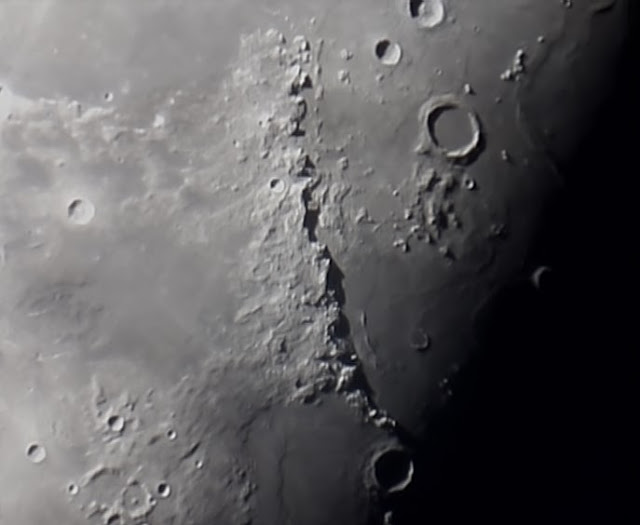 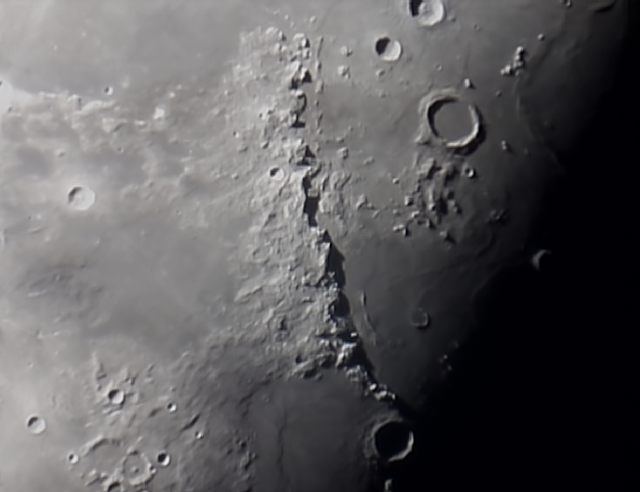 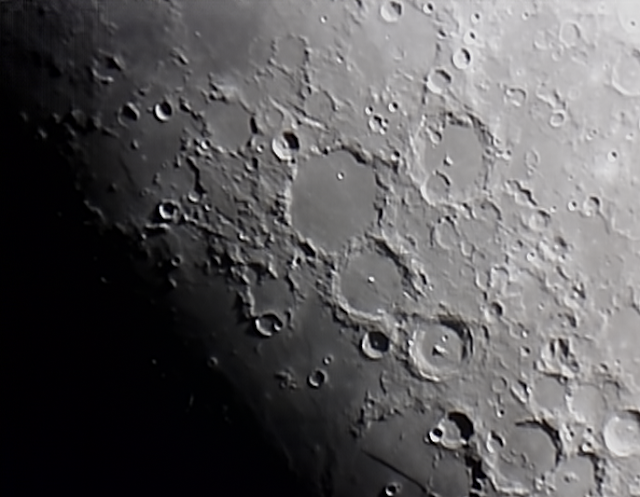 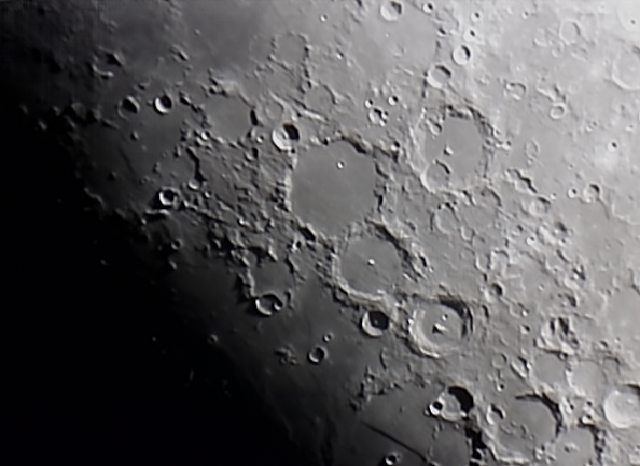 Click on Older posts to see more of this blog