Last night we were testing the properties of the Live-View controls in AstroDMx Capture, using a Windows 10 computer.

A Canon EOS 4000D DSLR was placed at the Cassegrain focus of a Skymax 127 Maksutov. AstroDMx Capture for Windows was used to control the camera and to capture data. 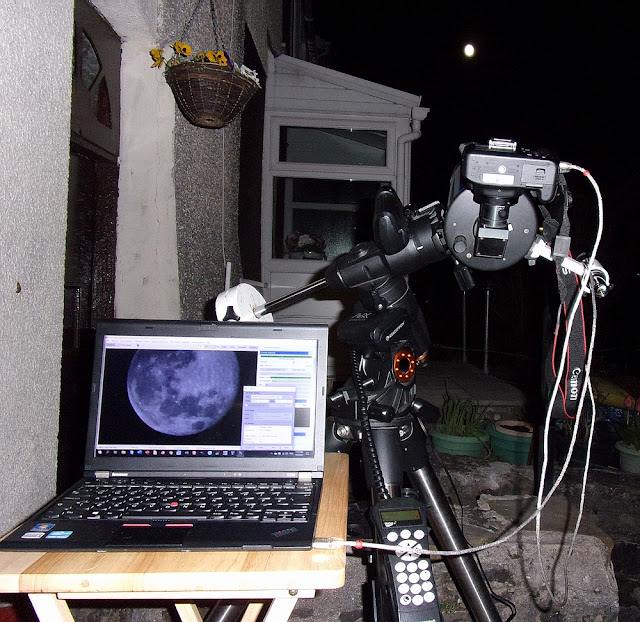 The whole purpose of Live-View for astronomical imaging is to facilitate rapid focusing and correct positioning of the object in the field of view. Once an apparent good focus has been achieved, the camera can be set into a loop where images are displayed in quick succession and by setting the displayed image to a large percentage of its maximum resolution, the focus can be refined if necessary. When the image is focussed, images can be captured.

In this experiment, the camera was set to maximum resolution fine JPEG mode. This puts the camera into 8-bit mode. The property of the Live-View controls being studied was the ability to change the exposure and ISO while Live-View is taking place. It is important to do testing on real Astronomical objects in addition to considerable bench-testing, in order to see the effects of changing the controls in various combinations dictated by the imaging session. These tests provided information that has allowed Nicola to make code changes that produce more efficient operation and stability.

The camera was set to capture Tiff files, which in this case were 8-bit tiffs. There is little point in using 16-bit while capturing a bright subject such as the Moon. AstroDMx Capture for Windows was used to capture 100 images. 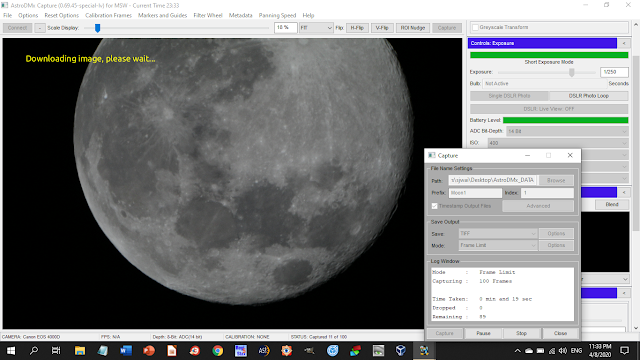 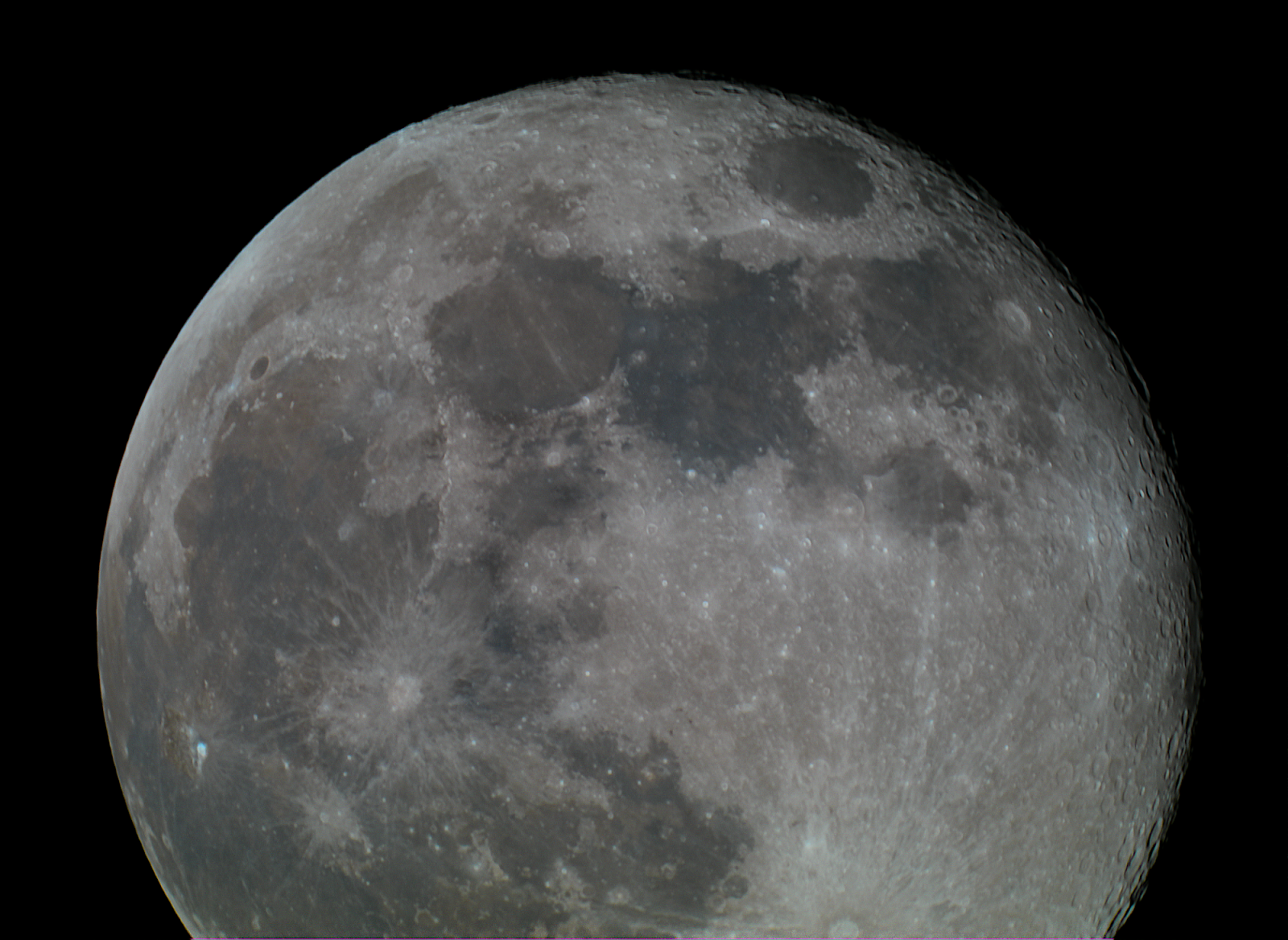 The additional control available in Live-View will have to be extensively tested with both Canon and Nikon cameras. Not all camera manufacturers support USB tethering, and those that do, don’t necessarily support all cameras, Live-View, or all controls. This evening’s work was another step along the journey to a release of a version of AstroDMx Capture with DSLR Live-View.
Posted by astroimager at 19:59