M17 with a DMK under Linux

An 80mm, f/5.5 ED refractor was mounted on an iOptron Cube Pro, AZ GOTO mount. A DMK 21AU04 camera was placed at the focus using a right angle diagonal. M17, the Omega or Swan nebula was imaged using Nicola Mackin's AstroDMx Capture for Linux unde Fedora Linux. 10 x 10s exposures and 10 x 10s dark-frames were captured. Also, 18 x 15s exposures and 10 x 15s dark-frames were captured. All of the images and dark-frames were captured as TIFF files.The two sets of images were dark-frame corrected and stacked in Registax 5.1 running under Wine, the Windows compatibility layer in Linux. The two final 16 bit images, which covered slightly different fields of view, were combined in Hugin and the final image post processed in the Gimp 2.9.


Screenshot of AstroDMx Capture for Linux capturing images of M17 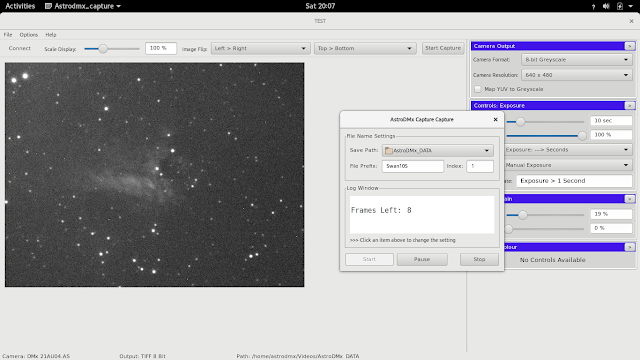 The two images that have been combined in Hugin 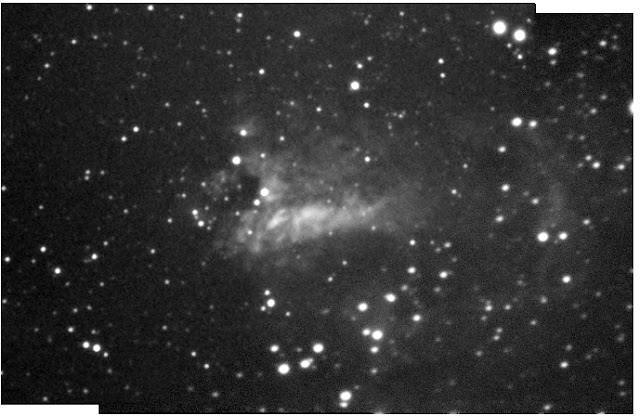 Work is currently being undertaken on the AVI library and some finalisation of the reworked GUI before the program is released
Posted by astroimager at 15:48