An experiment with remote DSLR imaging with Ethernet over mains via powerline ethernet adapters.


Our observatory is 20m from the house and we routinely run an extension cable out to the observatory to power the mount and an imaging laptop. 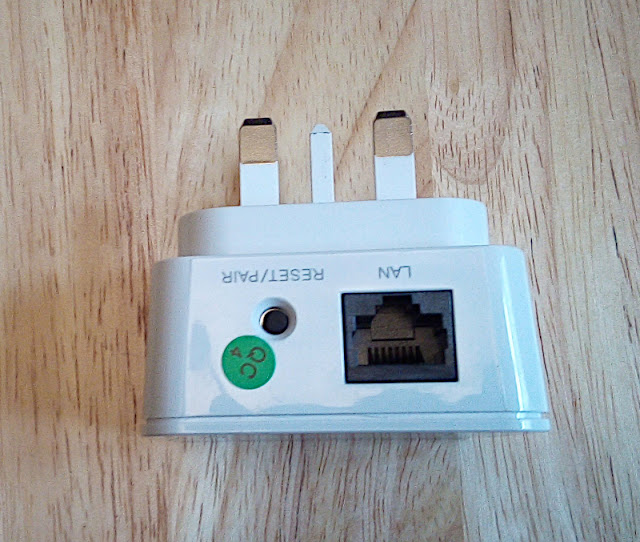 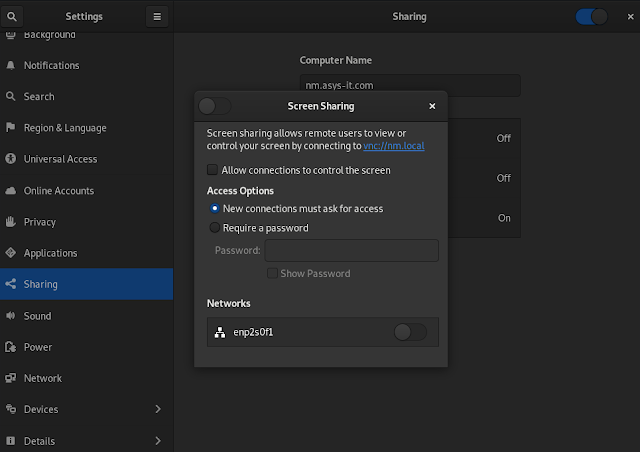 A motor-focuser-adapted Bresser Messier AR 102xs f/4.5 ED refractor was mounted on the HEQ5 Synscan GOTO mount in the observatory. Using a 2" adapter, fitted with a light-pollution filter, a Canon EOS 4000D DSLR was placed at the prime focus of the refractor. The DSLR was USB tethered to the observatory Ubuntu laptop.


Screenshot of the Fedora laptop controlling AstroDMx Capture for Linux on the observatory Ubuntu computer, capturing data on the Andromeda Galaxy 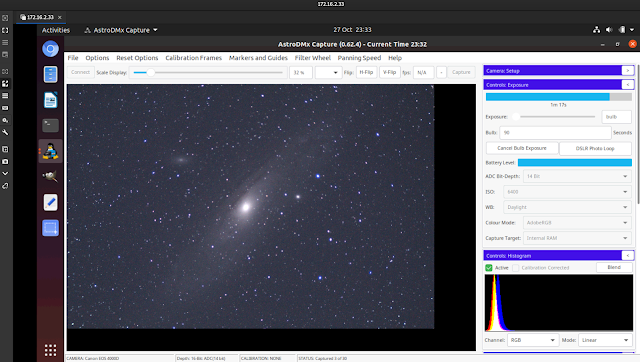 Screenshot of the Fedora Laptop controlling AstroDMx Capture for Linux on the observatory Ubuntu computer, Capturing data on the White Rose Cluster 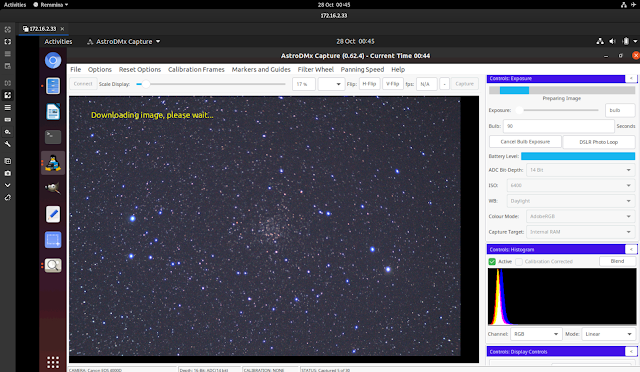 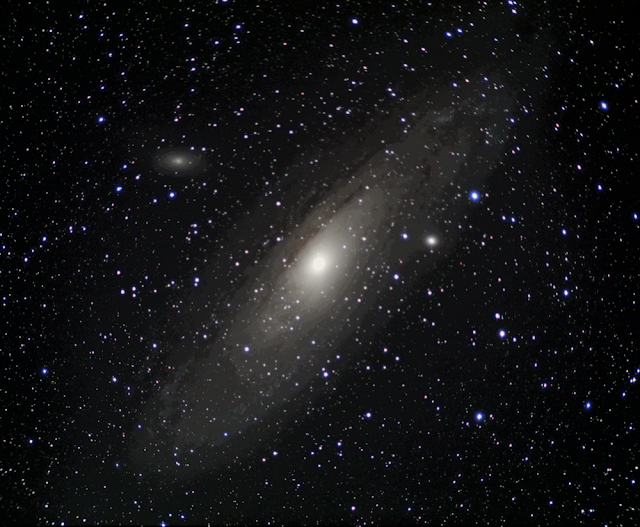 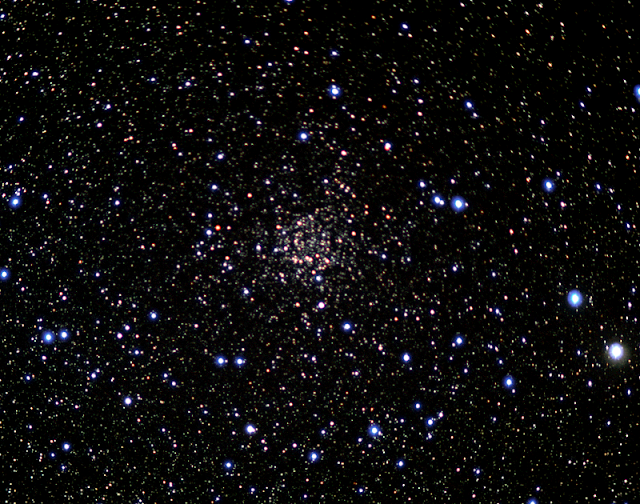 On a cold night, this system only required occasional visits to the observatory to check on things.
Posted by astroimager at 21:01

Python and the Moon

A motor-focuser-adapted Bresser Messier AR 102xs f/4.5 ED refractor was placed on a Celestron AVx GOTO mount, and a DFK 21AU04.AS camera fitted with a 2.5x Barlow was placed at the prime focus. 1500-frame AVIs were captured of ten overlapping regions, to cover the terminator of the 64.2% waning Moon. A short Python, with OpenCV3, program running in the Thonny IDE, on an Ubuntu 18.04 laptop, was used to control the camera and capture the AVIs captured using a lossless HFYU Hufman compression codec. VirtualDub was used to decompress and re-save the AVIs. The best 80% of the frames (1200) were stacked in Autostakkert!, precisely cropped to 640 x 480 in the Gimp 2.10, stitched in Microsoft ice and Post processed in the Gimp. 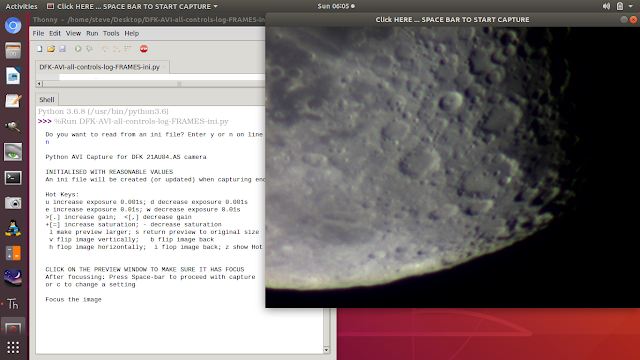 Screenshot of the python program capturing the 1500-frame AVI 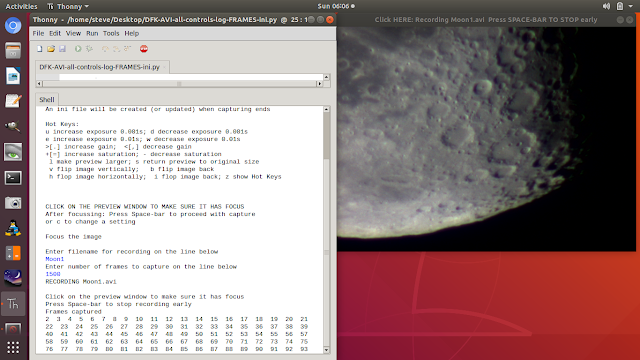 An individual pane of the Clavius region 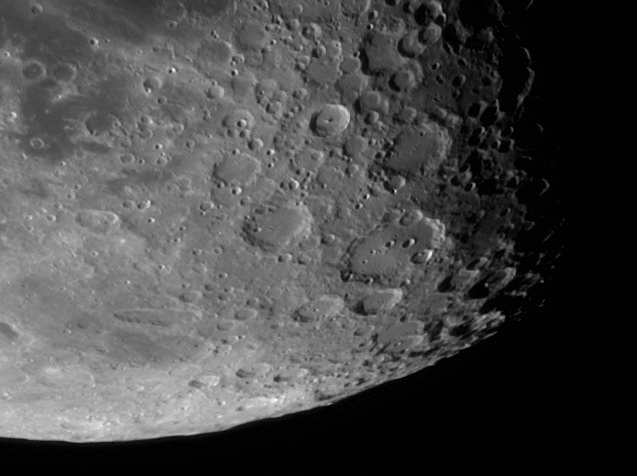 Ten-pane mosaic of the terminator of the 64.2% waning Moon 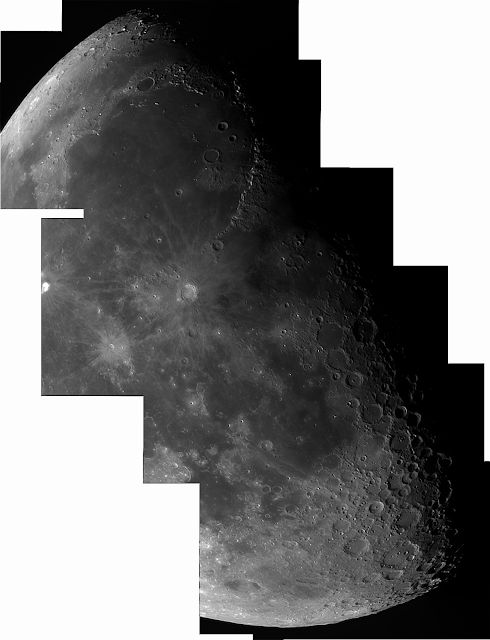 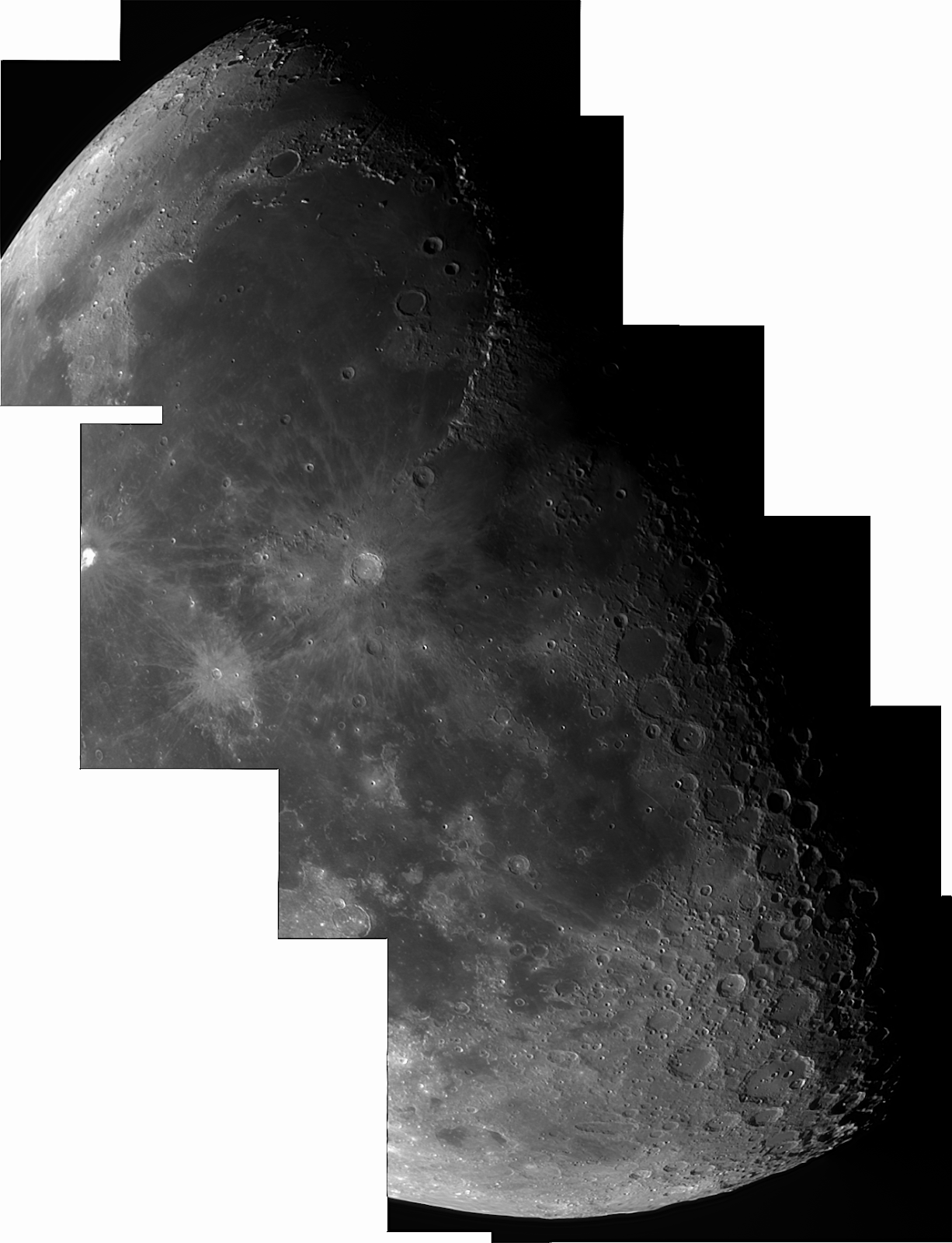 Python with OpenCV is a powerful system for machine vision, and can be used to build capture systems. The code is not presented here as it is a work in progress, and is part of another project. Eventually, it is likely that the code will be presented here some time in the future.
Posted by astroimager at 14:54

The SVBONY SV305... Where do I stand with this new camera

The previous posts have indicated that the SV305 is a very capable camera with no apparent issues. When we finally get a Linux SDK it will be available to many more users, and at the current price point of about £120, it is very good value. So far, all of our tests have been with Windows, which limits our ability to fully demonstrate the strengths of the camera. Nevertheless, I have been very encouraged with the results in both 8 bit and 12 bit (16 bit) modes. It has, with relatively small, fast scopes, been capable of imaging deep sky objects as well as the Moon.

A Skywatcher Explorer 130 PDS 130mm, f/5 Newtonian was mounted on a Celestron AVX GOTO mount. An SVBONY SV305 camera was placed at the Newtonian focus and 30 x 45s exposure were captured. The best 28 images were stacked in Autostakkert!3. The resulting image was post processed in the Gimp 2.10 and FastStone.


M17 the Swan or Omega nebula 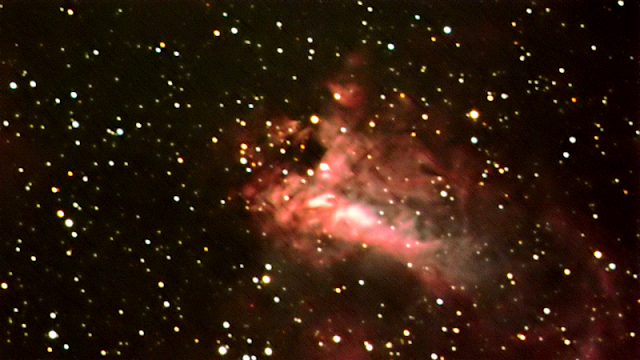 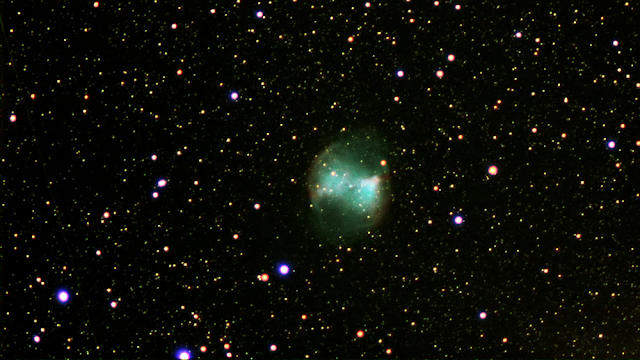 Who is this camera aimed at?
The SV305 has no guiding port so it is purely for imaging. There is a plethora of cameras that have guiding ports, but most people buying a low cost camera as an introduction to astronomical imaging will not be doing auto-guiding. They will be imaging the planets and Moon as well as many of the brighter deep sky objects. Previous posts have shown that the SV305 delivers the results that an imager would be looking for.

The only unfortunate thing about this camera is it's designation: SV305. The SV305 IS NOT a descendant of the SV105 and SV205 cameras. It is a completely new camera that is built to high standards and does not suffer any of the limitations of these other two devices. (The SV105 was a cheap camera suffering from pixel vignetting, that, as covered in previous posts, could be corrected by Flat fields, a camera that is a good absolute starter device. The SV205 was conceptually ambitious with an 8Mp sensor and still suffered from the pixel vignetting of the SV105).

The SV305 is a completely new and unrelated device that I have found no issues with. This camera seems to have no problems and is a pleasure to use. Whatever camera you are moving up from, you should not be worried about investing in an SV305; an excellent camera at a good price point. Of course, as with any purchase, Caviat emptor applies, but so far, the SV305 seems to be a safe bet. I am looking forward to using this camera during the winter observing/imaging season.

We are also looking forward to implementing the SV305 in Linux.
Posted by astroimager at 15:39