First light for AstroDMx Capture for Windows and a DFK 21AU04.AS camera

I reported in my last post that Nicola is working on the implementation of the DMK, DFK, DBK series of Imaging source cameras in AstroDMx Capture for Windows
The DFK implementation is now sufficiently advanced to allow for a test of a DFK 21AU04.AS camera.

A Skymax 127 Maksutov was mounted on a HEQ5 GOTO mount and a DFK 21AU04.AS camera was fitted with a 2.5 x Barlow and placed at the Cassegrain focus.

A 10,000 frame SER file of the 44.7% illuminated Venus was captured using AstroDMx Capture for Windows. 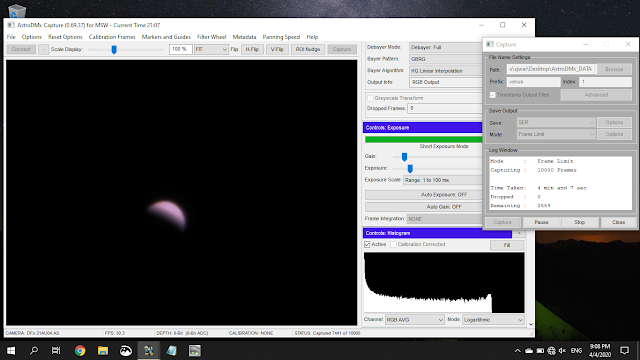 The best 10% of the frames in the SER file were stacked in Autostakkert!2 and post-processed in the Gimp 2.10. 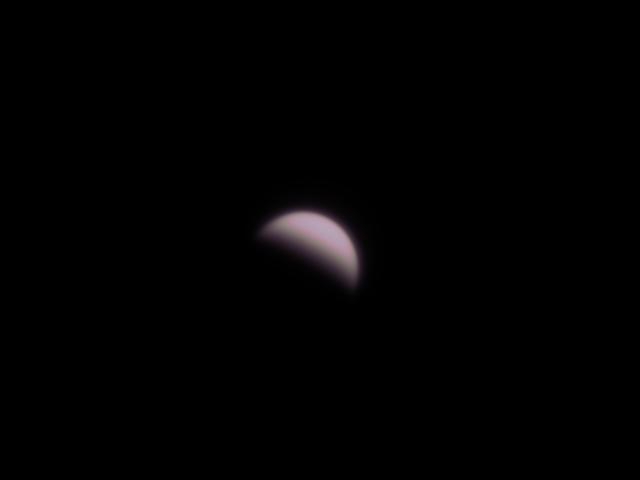 The scope was then driven to the 85% waxing, gibbous Moon and a number of 3000-frame SER files were captured of selected regions of the Moon.


AstroDMx Capture for Windows capturing data on the Crater Clavius 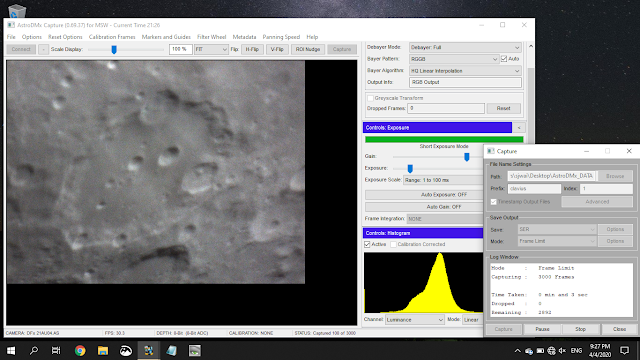 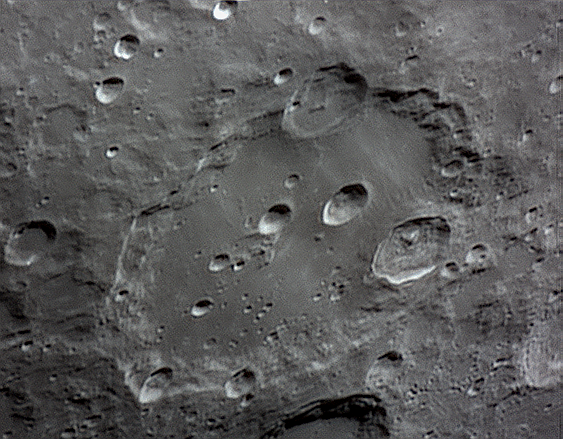 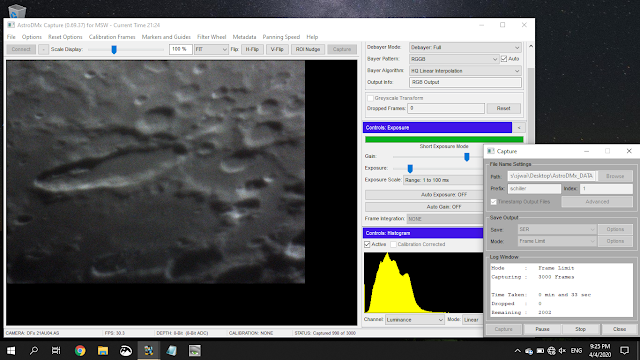 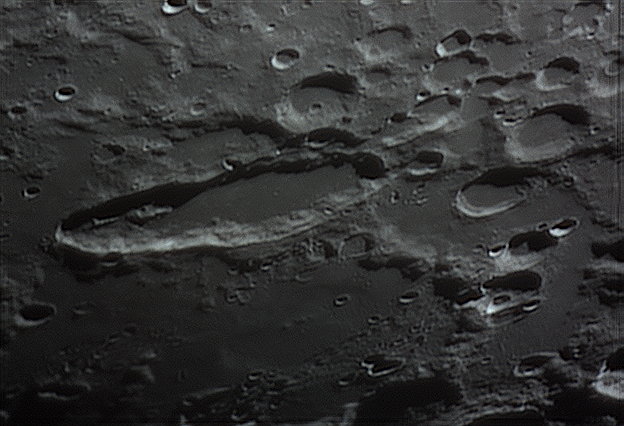 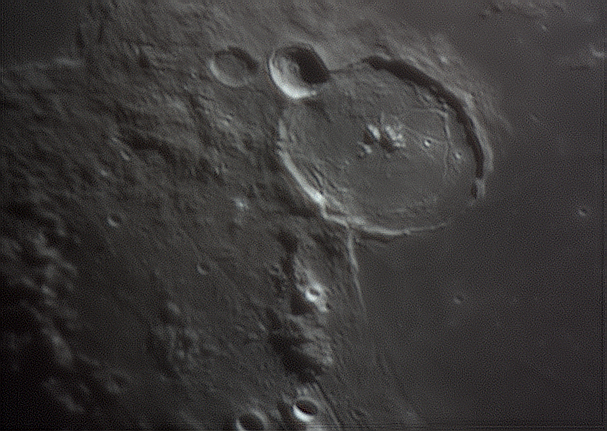 Progress is being made on a daily basis and AstroDMx Capture for Windows now has most of its planned functionality.
Posted by astroimager at 01:17