A LN300 video camera was placed at the Newtonian focus of a 150P Star Discovery, AZ GOTO Newtonian. The camera was connected to a Windows 10 laptop via a Digital Climax VCap303 capture card. 100 x 2.56s frames were captured of M13 using SharpCap. 100 x 2.56s dark-frames were also captured.The best 90% of frames were dark-frame corrected, registered, derotated and stacked in Deep Sky Stacker. The aspect ratio of the final image was corrected in Nicola Mackin's Aspect Ratio Corrector software. The resulting image was post processed in Photoshop.
A street light shines down onto the spot where I sometimes observe. An occultation board mounted on a photographic tripod shades the scope from the glare of the light and prevents light from the street light directly entering the top of the scope tube and causing internal reflections that ruin the exposures. 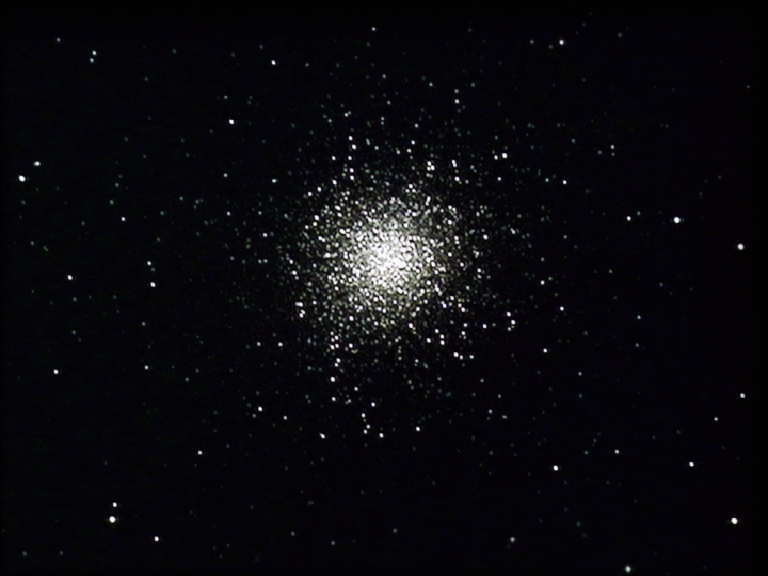 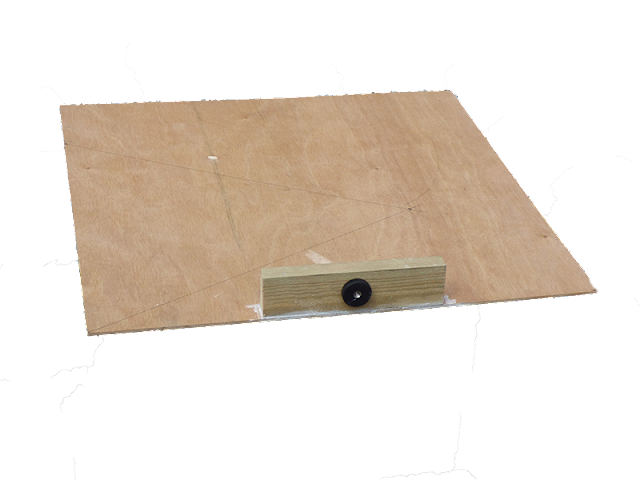 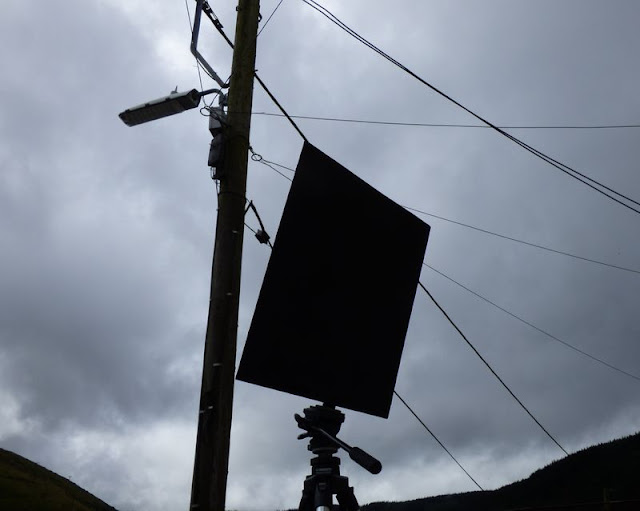 The occultation board in action, shading the scope from direct street lighting 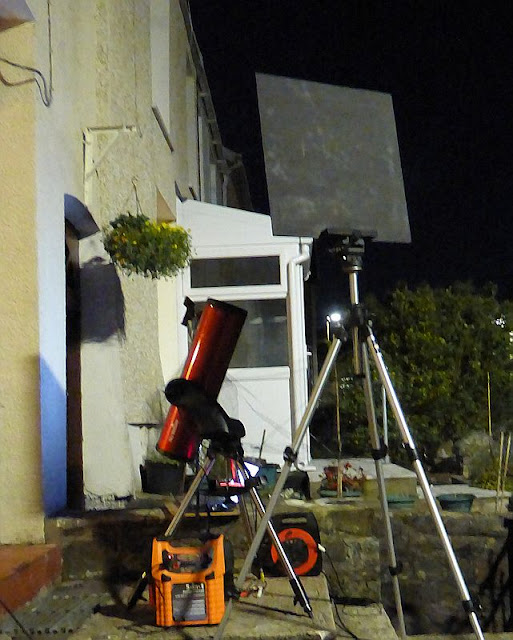 If the sky is dark, the main objective is to prevent direct light from the street light from entering the top of the telescope tube at an oblique angle. This is the main problem, whilst other ambient light is much less of a problem. When this photograph was taken, there was also a first quarter Moon low in the sky.
Posted by astroimager at 00:38