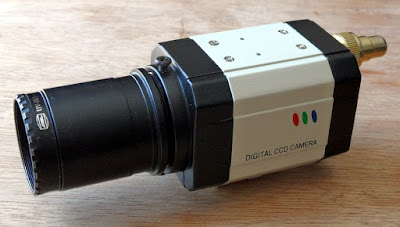 The camera is seen here fitted with a scope adapter and a Baader UV/IR cut filter. 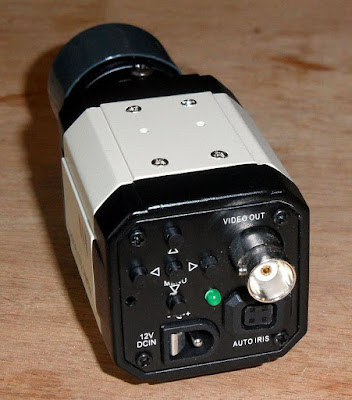 The camera was connected to a laptop via a Climax Digital VCap303 capture card as shown in a previous blog. 50 x 5s integrated frames of M17 were captured using SharpCap capture software. I used similar setting to those I would have used with a Mintron with SENS = 256. The software was set to capture a frame every 5 seconds and to save the frames as PNGs.
The LN300 camera was placed at the Newtonian focus of a Star Discovery AZ, 150 mm, f/5 Newtonian system: 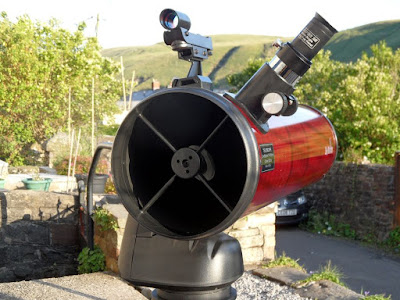 The best 40 frames were stacked in Deep Sky Stacker, which derotates before it stacks the images. This is essential with an AZ mount. The resulting 16 bit Tiff file was post processed in Photoshop: 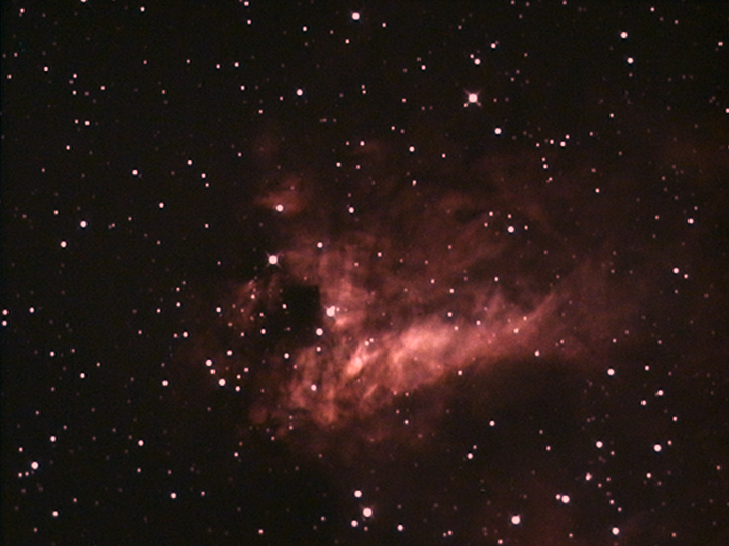 The LN300 camera has some fundamentally different features to the Mintrons and Samsung frame-accumulating video cameras. One such feature is the ability to slow the shutter speed below the standard 1/50s per half frame. It is not immediately clear how this actually works, but seems to increase the exposure as would be expected, even when the SENS (frame accumulation) is turned off. This is a feature that will be explored in future experiments, but the implication is that there is a distinction between the frame accumulation (In Steve Massey's terminology) and length of individual frame integration.
This has been a successful first light for the new, portable system.


Click on Older Posts to read more of this blog