An LN300 video camera fitted with a UV/IR cut filter and a light pollution filter was placed at the Newtonian focus of a Star Discovery, f/5, 150P Newtonian on a Star Discovery AZ GOTO mount.
The camera was set to 10.24s exposures and SharpCap was used to capture unique frames.
140 x 10.24s frames were captured of M27 and the best 84 frames were derotated and stacked in Deep sky Stacker. The resulting image was post processed in Photoshop and Aspect ratio corrected in Nicola Mackin's Aspect Ratio Corrector software. 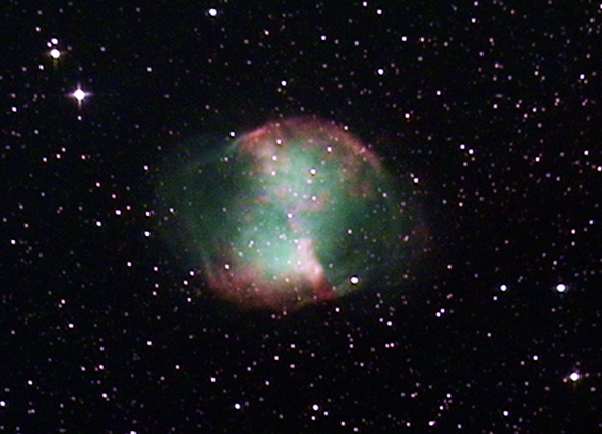 
Live view of M27 in the SharpCap program 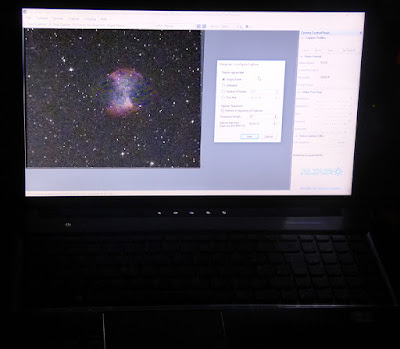 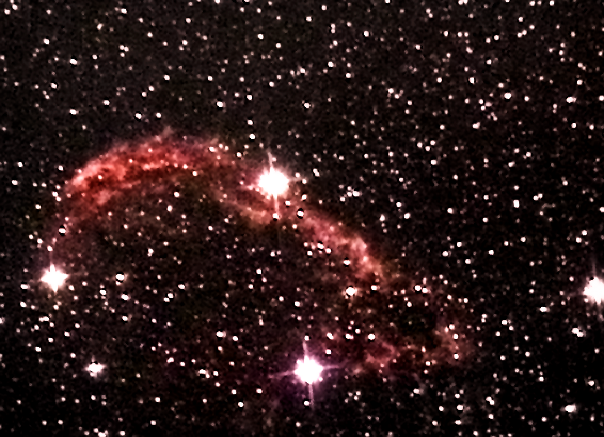 Desaturated image of the Crescent Nebula 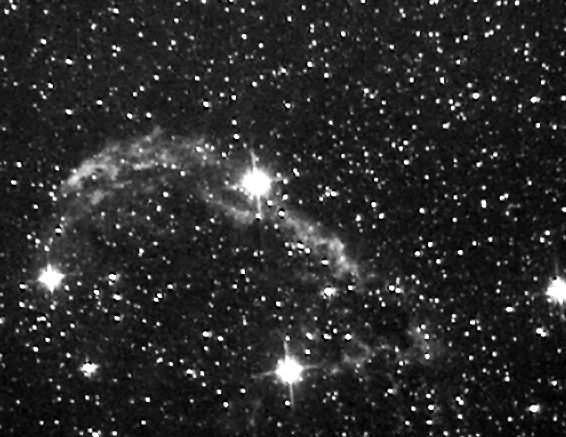 This imaging was done under the glare of a street light within 3m of the telescope. The scope was shaded from direct light from the street light by using an occultation board mounted on a photographic tripod. 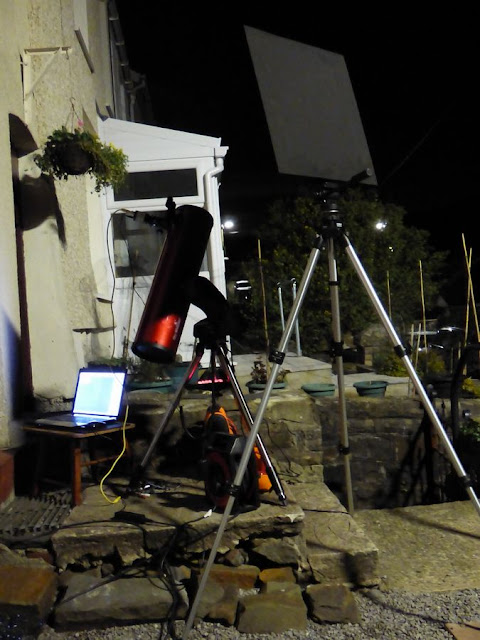 The dark shadow cast by the occultation board can be seen cutting off the direct light from the mouth of the telescope. This photograph was taken, handheld in the light from the street light.

This shows the problem that is overcome by the use of the occultation board. The view is from behind a small Newtonian from slightly different angles, showing the street light and its occultation: 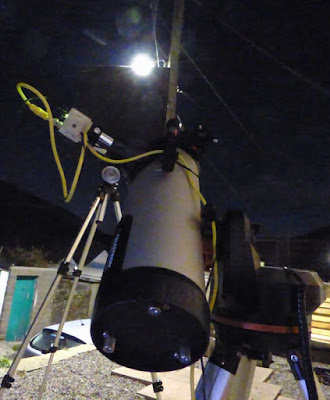 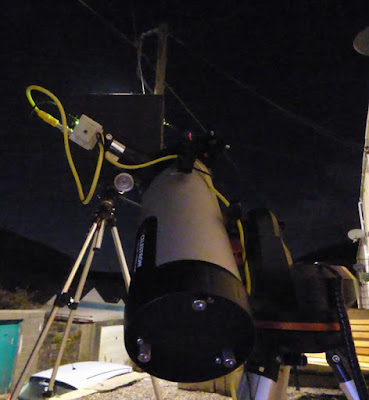 In this location the skies are dark with the main problem being direct light from street lights and sometimes security lights.
Posted by astroimager at 21:55