Although there is still a lot of work to do implementing and testing across all platforms, including the debugging of faulty third-party drivers and SDKs, Nicola now has a lot of the advanced functionality working in an alpha state. There is other functionality not shown here that will take some time to finally integrate into AstroDMx Capture. 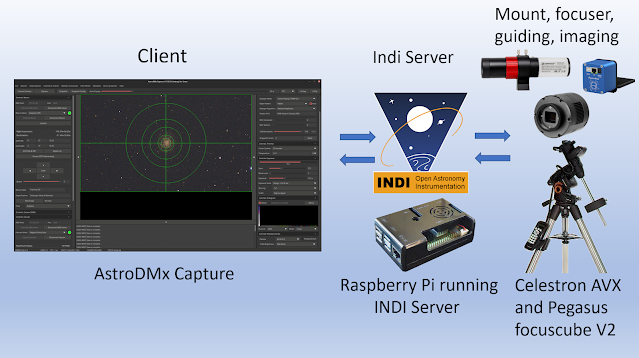 The test rig; self-powered and able to perform all of the tasks via the INDI server running on the Raspberry Pi. 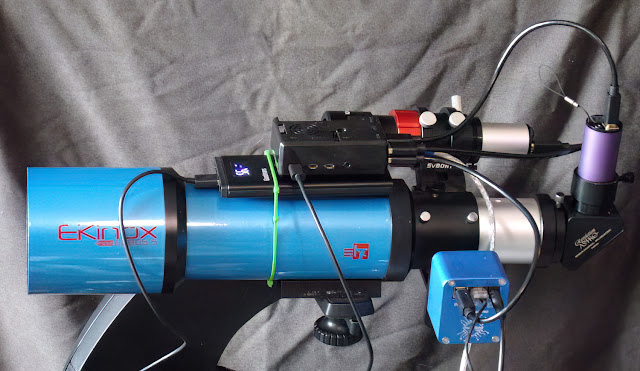 The INDI server, which has been allocated a static IP address, communicates with AstroDMx Capture via the network. The rig can work with an AZ or EQ GOTO mount.

In addition to developing and implementing the advanced features, Nicola is also attending to issues that come to light as AstroDMx Capture is used in the field.

If we get clear skies this will facilitate the completion of this stage of the work. When a version of AstroDMx Capture is eventually released with the functionality being currently integrated, the project will not be complete, as the total intended functionality will not yet have been fully implemented.

When we consider it ready, a new version of AstroDMx Capture will be released containing the increased functionality to date. When that will be depends largely on extraneous factors such as the weather and the pressures of other work. When it is ready, a post announcing this will be made here.