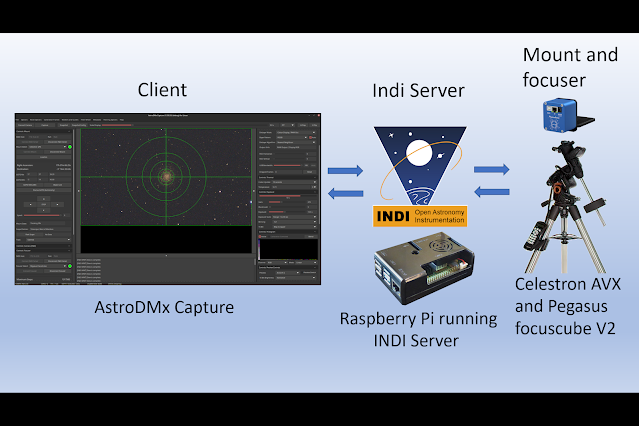 The focuser implemented here is the Pegasus focuscube V2.
The focuser was attached to our test Ekinox, ED 80mm, F=440mm refractor. The centring eyepiece was parfocal with the camera used in the tests. 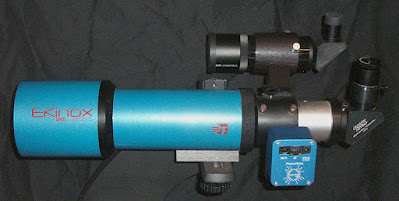 The INDI server used to control the mount and focuser was running on a Raspberry Pi running Raspberry Pi OS.
The equipment in action 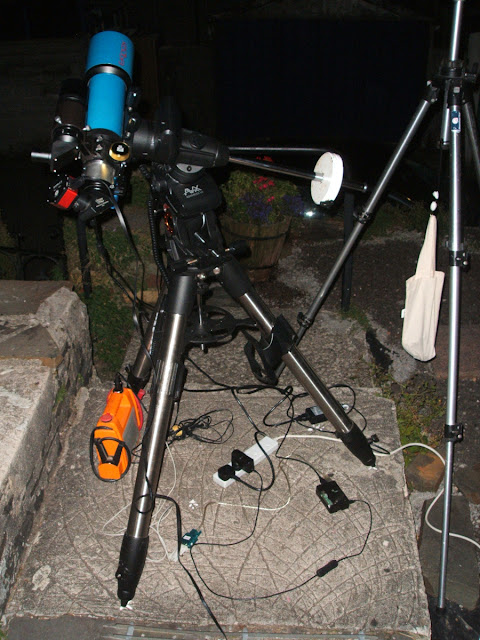 The tripod on the right is holding an occultation board to shield the setup from a nearby streetlight. The white bag hanging under the tripod contains a weight which serves to lower the centre of gravity and give more stability to the occultation board. The Raspberry Pi can be seen on the floor and was connected to the mount hand controller and the Pegasus focuser. A Player-One Mars-C II (IMX662) uncooled OSC camera fitted with an IR/UV cut filter was used in these tests. The mount was given a simple two-star alignment prior to conducting the tests. This camera has an ideal field of view for our experiments, and although it is a planetary camera, it is very sensitive and is able to be used with a number of deep sky objects.
Nicola is making changes to the UI to integrate the focuser controls.
The first tests were to calibrate the focuser so that it has a fully in and a fully out position.
The mount (scope) was sent to Mizar and a Bahtinov mask was placed at the end of the scope. The focuser was operated until Mizar came into perfect focus.
Mizar at focus using the Bahtinov mask 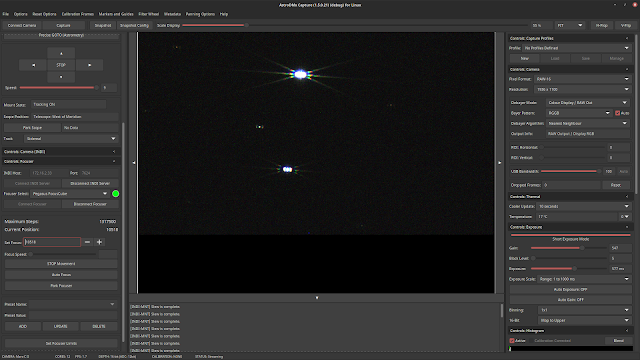 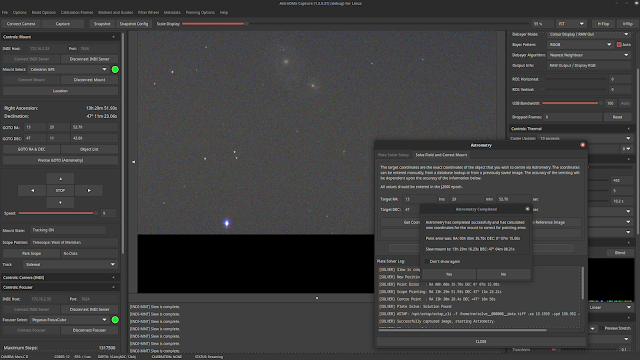 M51 is in the camera's field of view but not perfectly centred.
The field of view was plate solved and the corrections computed by AstroDMx Capture were used to centre the object.
M51 Centred 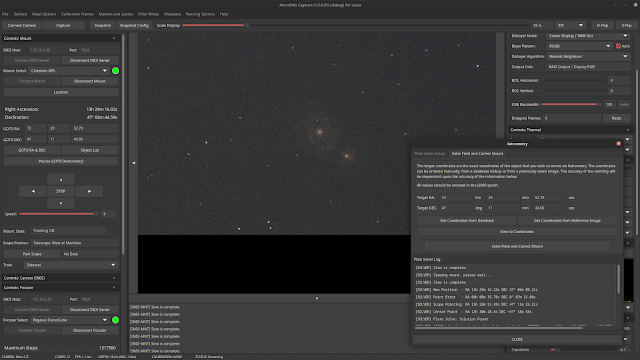 It must be remembered that thus far, this was not an imaging session, so the objects being acquired do not need to be bright (which would involve longer exposures). This part of the session was all about object acquisition and focusing.
An additional test was done where once an object was acquired and centred, an image was taken of the field of view with the object centred. The mount was then slewed away to another object at some distance. Then the image that had been captured of the centred object was plate solved and the coordinates used to return the mount to the exact position with the object centred.
Lastly, to allow some data capture, AstroDMx Capture sent the scope to M14
M14 acquired but not centred 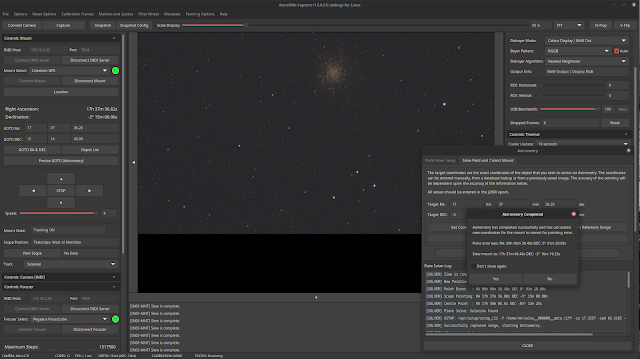 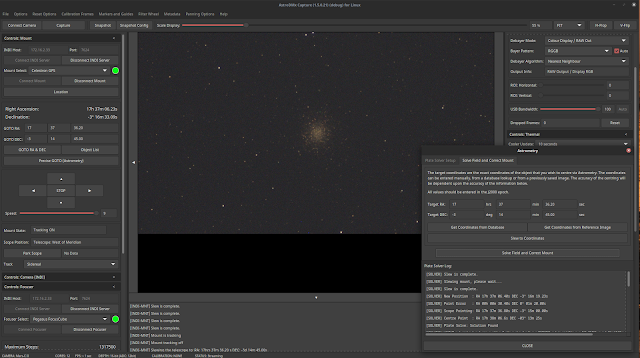 Then AstroDMx Capture was used to capture 80 x 30s unguided exposures of M14 with 20 matching dark frames.
The data were calibrated, registered, and the best 90% stacked in Siril. The resulting image was post processed in the Gimp 2.10.
M14 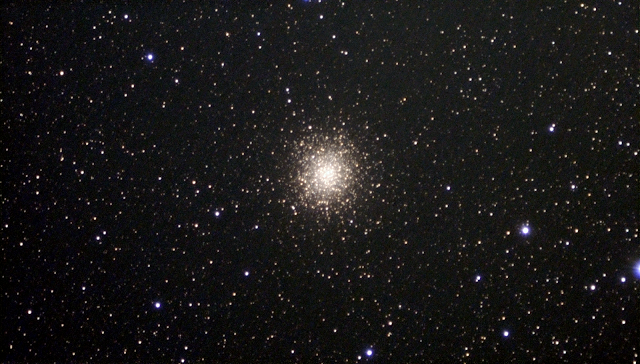 The functionality of AstroDMx Capture is increasing incrementally as Nicola implements new functions. There is, as yet, no fixed date for a new release with additional functionality, but the date draws closer.