A Skymax 127 Maksutov was mounted on a Celestron AVX mount. A ZWO ASI178MC fitted with a 0.5 focal reducer was placed at the Cassegrain focus.

The best 50% of frames from each SER file were stacked in Autostakkert!3.1, wavelet processed in Registax 6, stitched into a 2-pane mosaic by Microsoft ICE, and post processed in the Gimp 2.10. 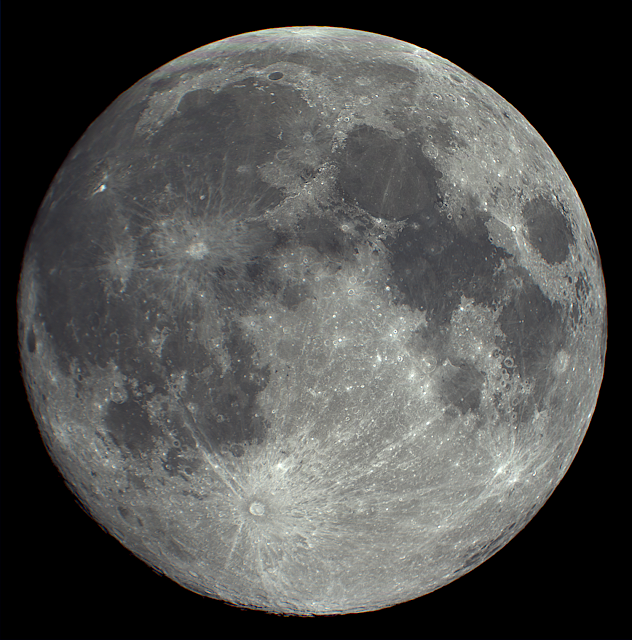 Capturing the ISS transit. A Calsky alert informed us that the transit was going to happen and a Stellarium simulation showed the approximate path that the ISS would take across the Moon as seen from our observatory coordinates.

AstroDMx Capture for Linux was used to image the appropriate part of the Moon with enough of the Moon being imaged to allow for any inaccuracies in the predicted path. This is why a focal reducer was used.


Screenshot of AstroDMx Capture for Linux capturing the area of interest. 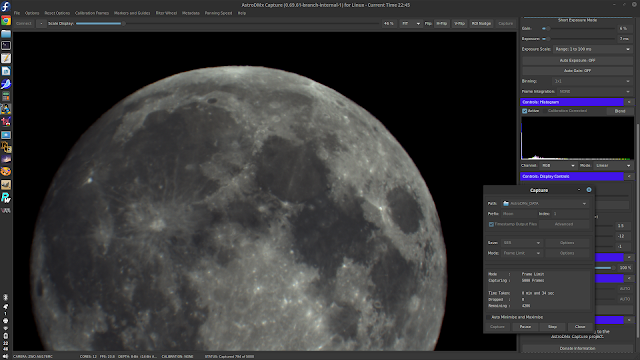 This screenshot is from the earlier, two-pane capture of the Moon.

In order the capture the transit, the SER file capture was set to manual and was started about a minute before the transit was due to occur.

When the ISS was observed to cross the Moon along a similar, but not identical trajectory predicted by Stellarium, the SER capture was stopped.

SER player was used to process the SER file to optimise the gain and gamma for maximum visibility of the ISS against the lunar background. SER player was then used to isolate the frames containing the ISS and saved them as tiff files. The Tiffs were converted to high quality JPGs and a precise area of the Moon over which the ISS passed was cropped using Nicola's AstroCrop.

The cropped files were then made into an animated Gif using Animation Shop 3.


Animated Gif of the ISS passing in front of the Moon

The ISS passing over Mare Serenitatis 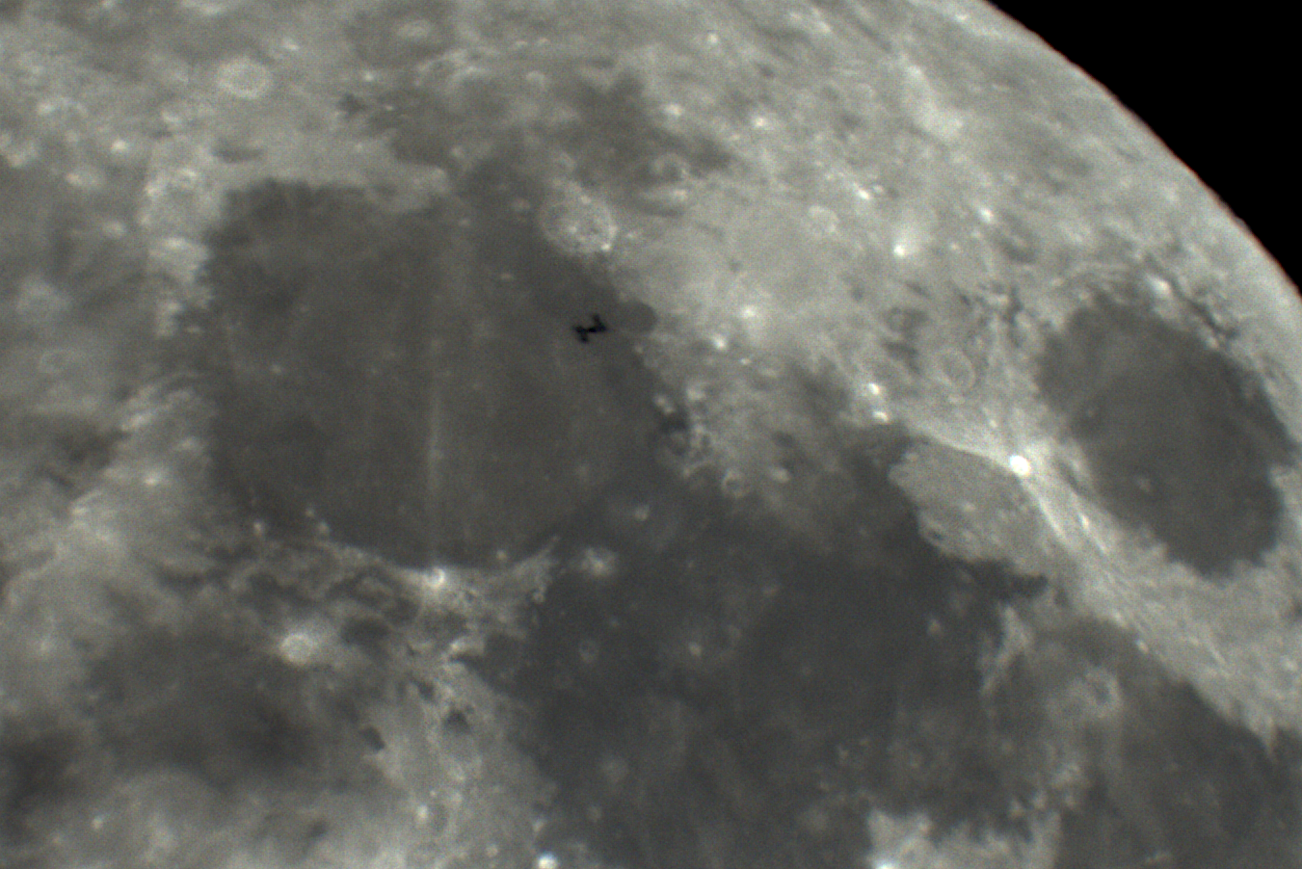 The code refactoring continues, partly as a result of changes made to Ubuntu 20.04, but a new release will be made soon.
Posted by astroimager at 16:47