An SVBONY SV305 camera fitted with an SVBONY UV/IR cut filter was placed at the Cassegrain focus of a Skymax 127 Maksutov mounted on a Celestron AVX, GOTO mount.
A MacBook (13-inch, Late 2009) with 8Gb RAM and a 480Gb SSD, running High Sierra was used as the test computer. A Lubuntu Virtual machine was installed in Oracle VM VirtualBox as explained in the previous post, HERE.
AstroDMx Capture for Linux was installed on the virtual machine and imaging was carried out as usual. 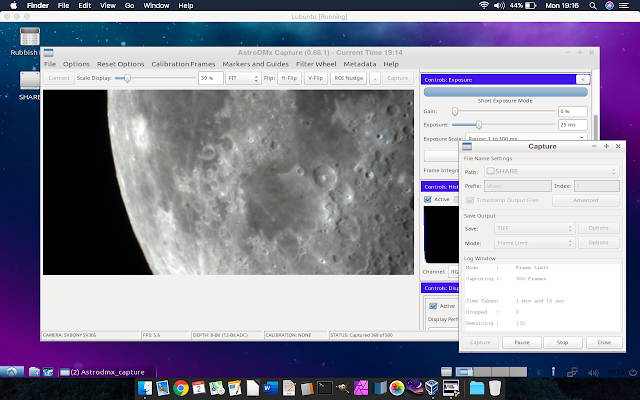 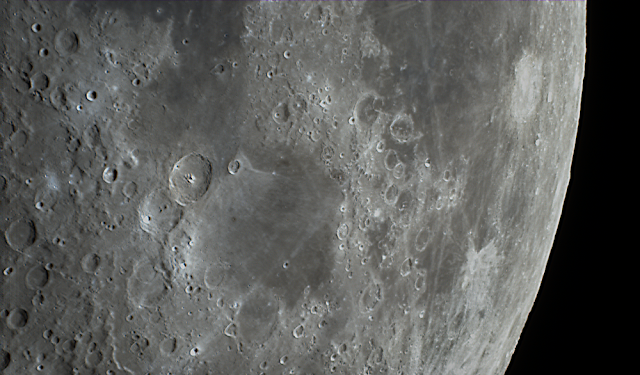 The images were stacked in Autostakkert! 3.0 and wavelets processed in Registax 5.1.
The resulting image was post processed in The Gimp 2.10 and Affinity photo.

This experiment demonstrates that the SV305 can be used successfully, even in an old MacBook, by using a Virtual machine.
Posted by astroimager at 21:25