For many people a DSLR is their main if not only camera for astronomical imaging. It is good to be able to use software that treats the DSLR as an astronomy camera and to be controlled by software just like any other astronomy camera. AstroDMx Capture for Linux does just that, and by using an easy to set up virtual Linux machine, it can be run on a Windows 10 laptop.

A Skymax 127 was mounted on a Celestron AVX GOTO mount and a Canon 4000D DSLR was placed at the Cassegrain focus of the Maksutov.

The software was set to automatically capture a set of 60 TIFF files from each of 3 overlapping panes of the 88.4% waxing Moon.

The three sets of 60 images were stacked using the best 95% of the images in Autostakkert! 3.0. The resulting images were wavelet processed in Registax 5.1, stitched together by Microsoft ICE and the final image post processed in the Gimp 2.10. 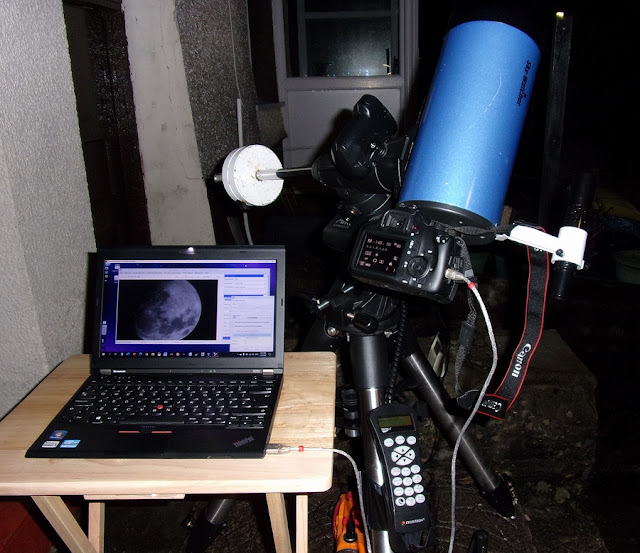 Screenshot of AstroDMxCapture for Linux running in the Lubuntu virtual machine on the Windows 10 laptop and capturing data. 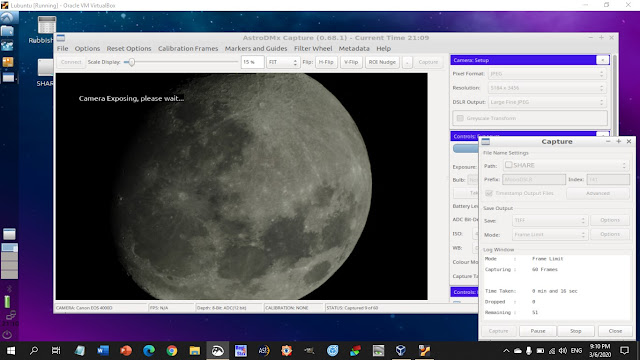 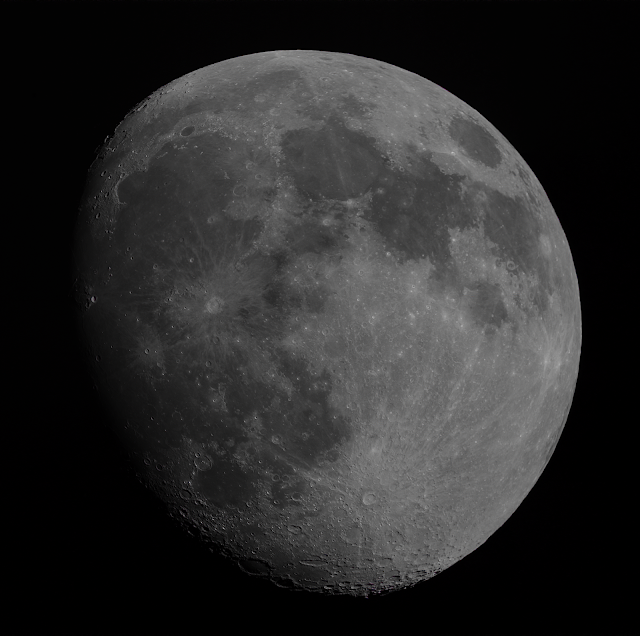 The virtual machine is just part of the software required to run AstroDMx Capture on the Windows 10 laptop.

You can think of a virtual machine as a program that lets you run software on your operating system that you otherwise wouldn't be able to run.

Download an instructions PDF on how to set up a virtual Lubuntu Linux machine on a Windows 10 or a macOS computer.
Posted by astroimager at 22:58