Nicola is sorting out some details for the next release of AstroDMx Capture for macOS. This includes the use of Dark Mode.

Dark Mode will only work in Mojave or later releases of macOS and for it to work in AstroDMx Capture for macOS it has to be enabled in the OS.

A ZWO ASI178MC (USB3.0, 14 bit ADC) CMOS camera was placed at the focus of a Bresser Messier-AR-102-xs/460 ED, f/4.5 refractor mounted on a Celestron AVX mount. A Svbony SV165 Guide-scope D=30mm F=120mm was mounted on the refractor and an SV305 camera was used as the guide camera for multi-star PHD pulse auto-guiding. Although there is a full implementation for the SV305 in the PHD2 codebase; when compiling on Linux this code is not built. Nicola modified the PHD2 source to overcome this and then compiled and linked against the SVBONY SDK.  This allowed PHD2 on Linux to fully control the SV305 camera via a direct implementation. That is to say, the camera was controlled directly via the SDK and not via an INDI interface. An INDI server was used only to control the mount, not to control the guide-camera.

PHD2 was run on a Fedora laptop and the imaging with AstroDMx Capture for macOS was done with a MacBook Air. 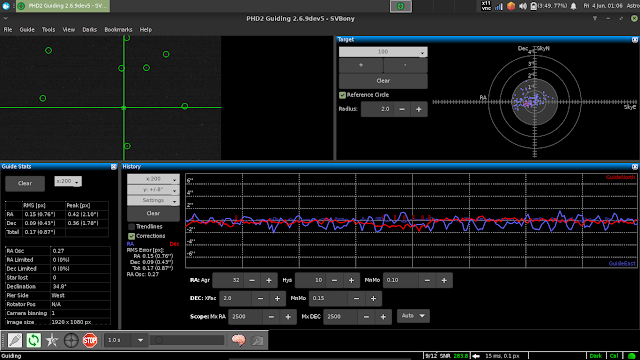 AstroDMx Capture for macOS was used to capture 3 minute exposures of M13 and Dark mode was active.

Screenshot of AstroDMx Capture for macOS in Dark mode. One of the reticles was used to help position M13 close to the centre of the field of view. FITS images were being captured. 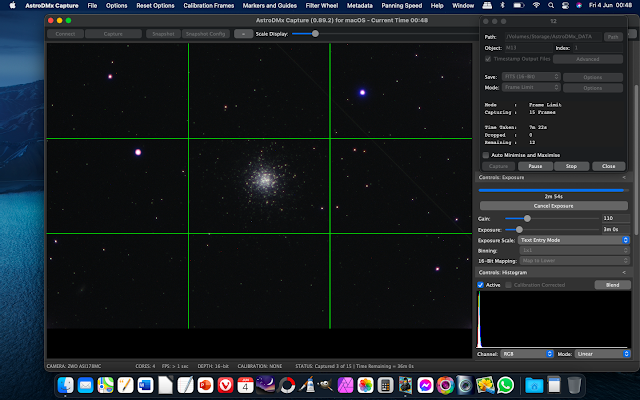 Screenshot of AstroDMx Capture for macOS, without the reticle, capturing FITS images of M13 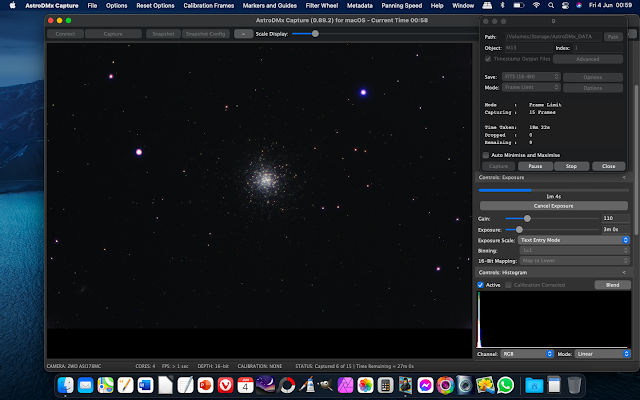 Fifteen 3 minute exposures were captured as FITS files along with five matching dark-frames, plus 50 Bias frames.

The data were stacked in Deep Sky Stacker and also in Affinity photo, and the two workflows were eventually combined into the final image. The images were post processed in the Gimp 2.10, Affinity Photo, Fitswork and Faststone. 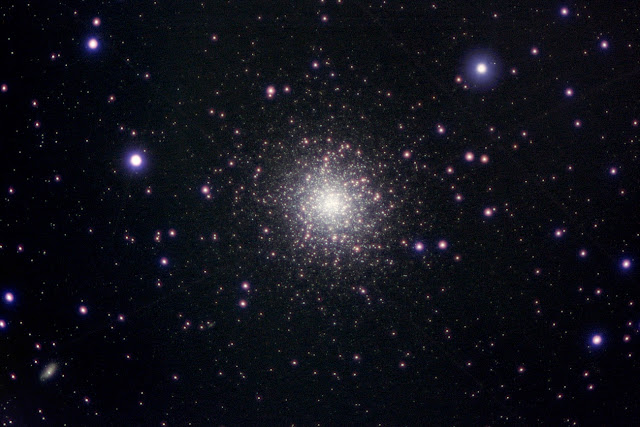 I shall post here when the next release of AstroDMx Capture is released.