First Astronomical light with AstroDMx Capture for Linux running in Linux on an x86-64 Chromebook. Using an SVBONY SV305 camera.

First Astronomical light with AstroDMx Capture for Linux running in Linux on an x86-64 Chromebook. Using an SVBONY SV305 camera. 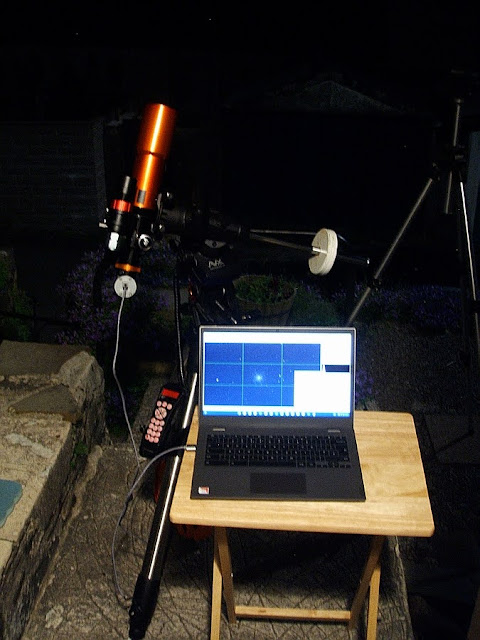 A William Optics ZenithStar 66 SD Apochromatic refractor was mounted on a Celestron AVX mount. An SVBONY SV305 camera was placed at the focus and AstroDMx Capture for Linux (Chrome OS version), running in the Linux virtual machine in Chrome OS was used to capture 25s exposures of M13 with matching dark frames. 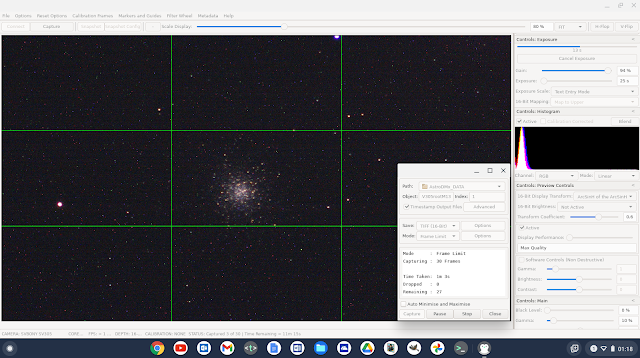 Clouds were seriously interfering with activities so auto-guiding could not be used, which in turn, limited the length of exposure that could be used.

Siril had been installed into the Chromebook Linux as well as the Gimp 2.10. This meant that all of the software required to capture, stack and process the images was present on the Chromebook. Siril was used for dark-frame calibration, stacking and some processing, and the Gimp was used for post processing. 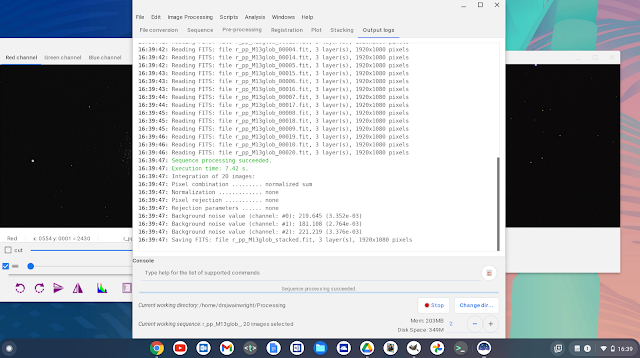 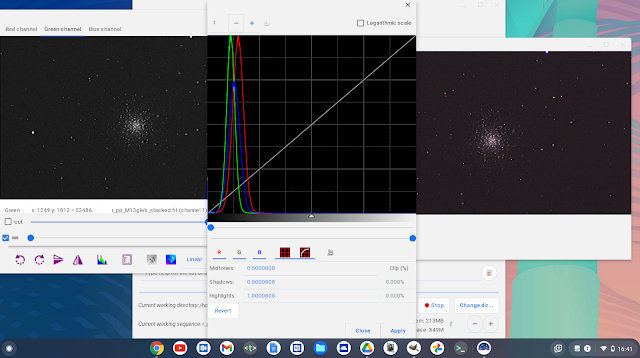 Screenshot of the Gimp, post-processing the final image 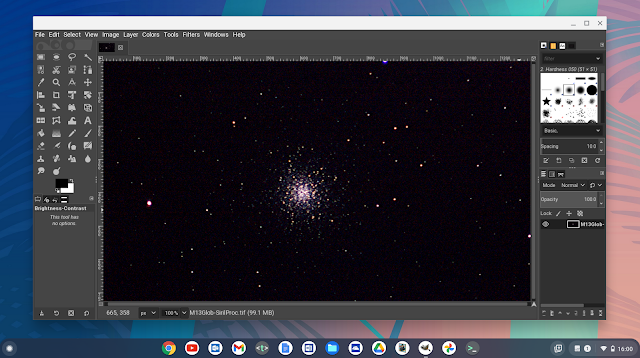 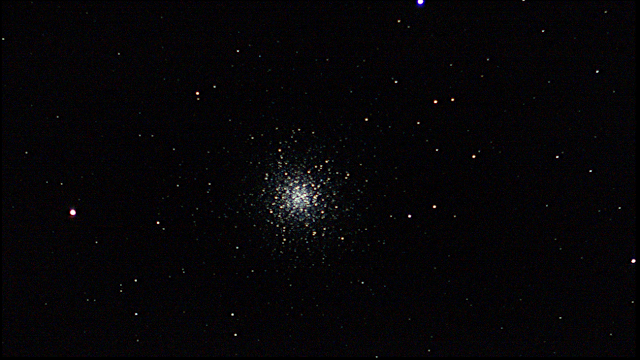 These experiments demonstrate that it is possible to use AstroDMx Capture for Linux (Chrome OS version), with an SV305 camera in Linux on a Chromebook. Moreover, if Siril and the Gimp 2.10 are also installed in the Chromebook Linux, it is possible to perform the complete workflow of image capture, image calibration, registration and stacking and post-processing, all on a Chromebook on which Linux has been enabled.

As I said in a previous post, we don’t, as yet, understand why only the SVBONY SV305 series of cameras will work in this way. It may be related to the USB implementation of the cameras. Google has been improving USB connectivity for the Linux virtual machine in Chrome OS, but that is still a work in progress.

We shall, of course, continue to test out this system with better sky conditions and longer exposures, to produce higher quality results. However, it remains that this is the first time that serious astronomical imaging has been done with local software and equipment, on a Chromebook.

When we have completed testing, Nicola will release the Chrome OS version of AstroDMx Capture for Linux.