An Atik 314L camera was placed at the Newtonian focus of a Skywatcher 130 PDS 130mm, f/5 Newtonian, mounted on a Celestron AVX GOTO mount. 16 x 48s exposures were captured of M8, the Lagoon nebula and 5 matching dark-frames using AstroDMx Capture for Linux. The images were dark-frame corrected and stacked in Deep Sky Stacker running in Wine. The final image was processed in Fits Liberator, running in Wine and the Gimp 2.10.

The problem with 16 bit imaging is that the image being captured has to be rendered in 8 bits so that it can be viewed on the computer screen. Moreover, the interesting parts of the data are very dim and with a simple scaling of the results to 8 bits, much of the object being image will probably be invisible. What is needed are transfer functions that will brighten, in a non-linear fashion, the image data, so that the fainter parts of the object are revealed. These transformations are only made to the displayed image, leaving the saved data untouched. AstroDMx Capture for Linux has been given a number of controls to optimise the visualisation of the data being captured. Here we were testing a gammalog display function to help reveal the object whilst being captured. 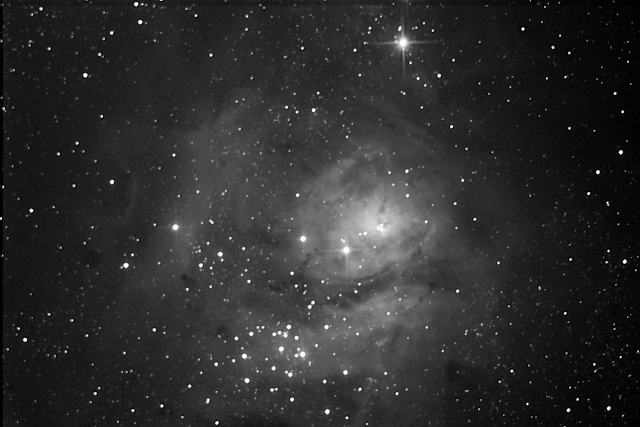 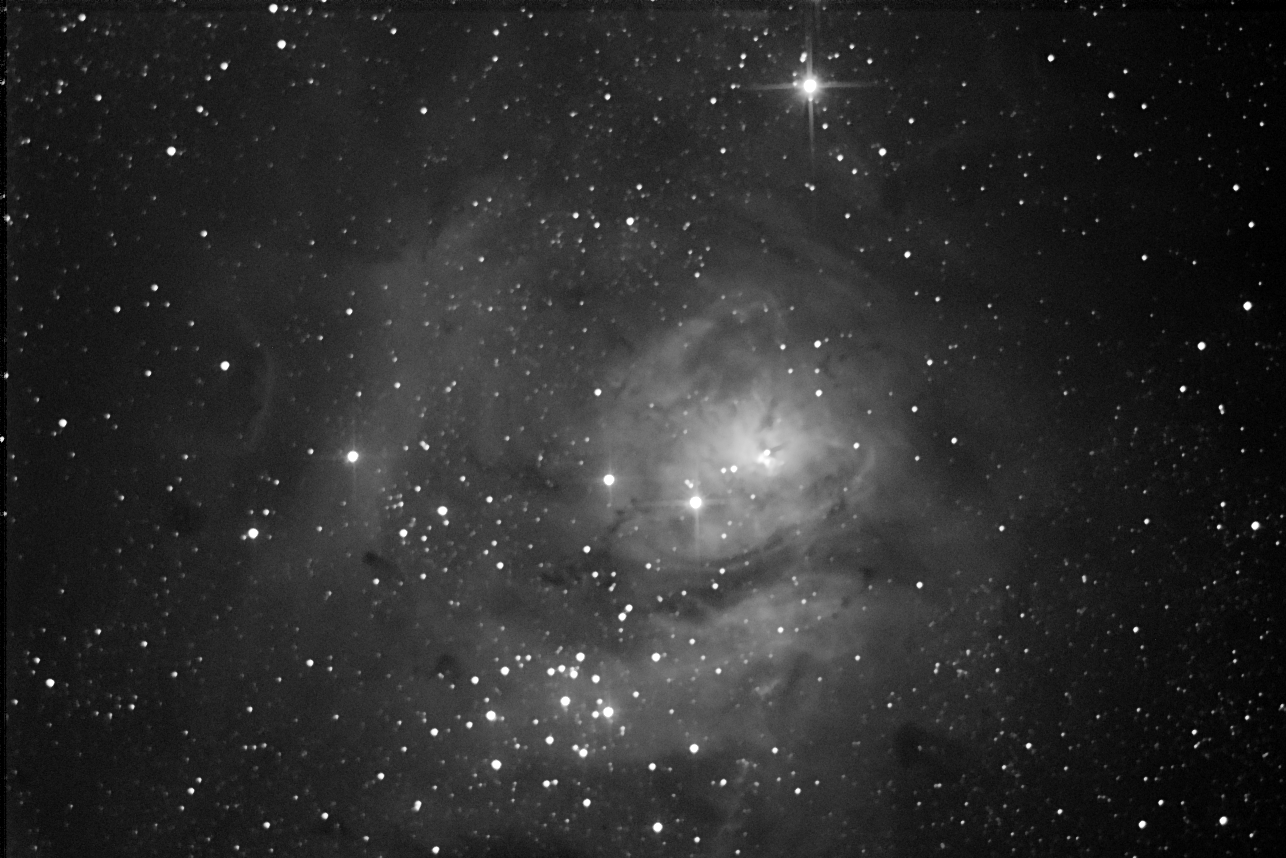 The images were captured while testing the new gammalog image display function in AstroDMx Capture for Linux. 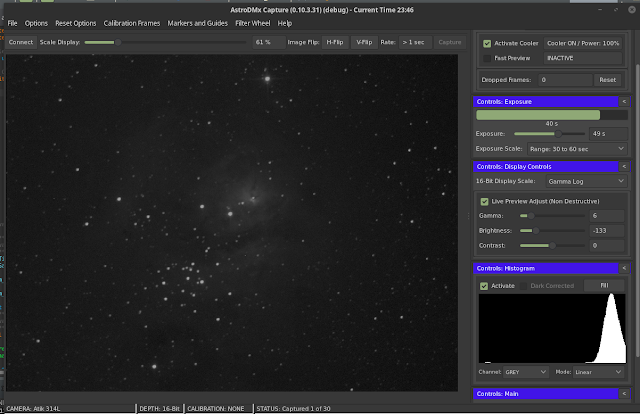 The preview image can be brightened or dimmed using the other non-destructive controls of gamma, brightness and contrast.
Additional display transformation functions are being implemented now and will be tested as soon as possible.
Posted by astroimager at 10:33