To the astronomical imager, streetlights can be such a problem as to make imaging all but impossible. I don't mean the general problem of light pollution in the sky caused by streetlights, I mean the glare from nearby streetlights that can shine directly into the telescope and ruin any results.
We have a streetlight right outside the front of the house. The council fitted internal baffles to the lamp on request, which reduced it in brightness a little, but it is still able to cast its bean of light onto our scopes that we have to use at the front of the house in order to image objects lower in the sky. This problem is solved by mounting a blackened occultation board on a sturdy tripod and placing it so that it casts its shadow onto the scope. This solution works very well and occultation disks or boards can help problems with more distant street lights that are in the general direction of where the scope is to be pointed. 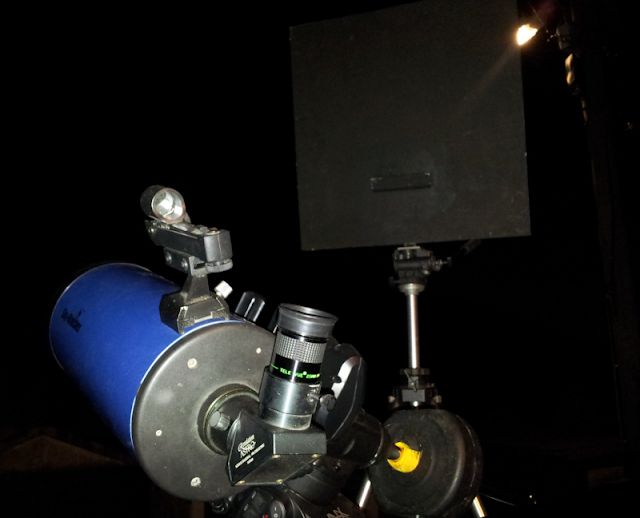 The streetlight can be seen very close beyond the occultation board. 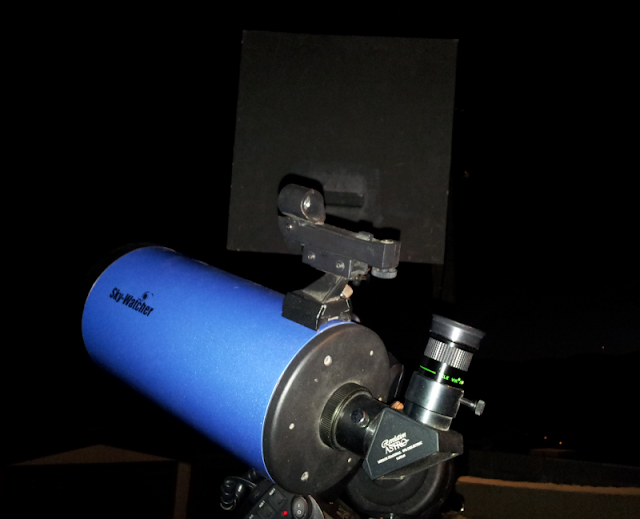 From the point of view of the scope, the street light is completely obscured and does not cause a problem.
Smaller occultation boards, strategicall placed, can deal with problems caused by more distant lights.
Posted by astroimager at 22:20