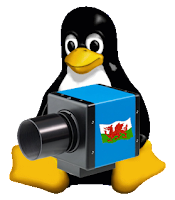 Nicola is making great progress with the implementation of the Atik 314L in AstroDMx Capture for Linux as previous posts have shown. However, she has also been trying to resolve a problem over the QHY cameras giving unreliable exposures at certain long exposures. This is a problem with the QHY SDK.

The problems have been reported and new SDKs have been released. However, with each new SDK release, a number of other serious, deal-breaker problems have been introduced. These in turn are being reported, and the hope is that the QHY SDK developers will soon resolve all of the problems. In the meantime, it may be necessary to produce a release of AstroDMx Capture for Linux that implements the Atik 314L (and possibly others) before the QHY issues are resolved.

This is unfortunate and disappointing, but it is important to realise that the problem is not with the AstroDMx Capture code, but rather, with the SDK that has to be used to call the camera functions.

I will make sure that when a new release is made, the information will be posted here. Nicola will implement a hack that should improve the exposure situation for the QHY, but that is no substitute for a reliable SDK.
Posted by astroimager at 20:21