Nicola Mackin and I have been working on AstroDMx Capture for Linux and it is fully functional with the DMK and DFK cameras. Nicola has done all of the coding and is now working on optimising the GUI. The software can capture AVIs or TIFF files. The object of this project is to make the DMK,DFK, DBK series of cameras available for Linux. 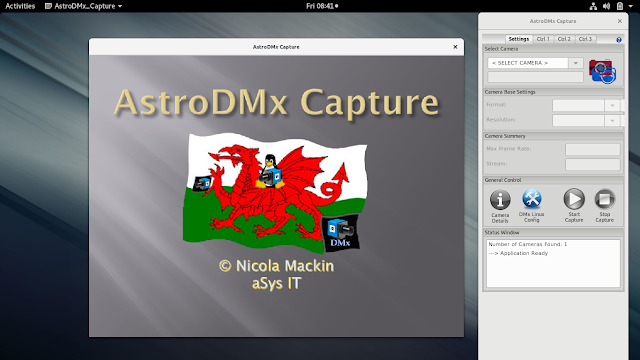 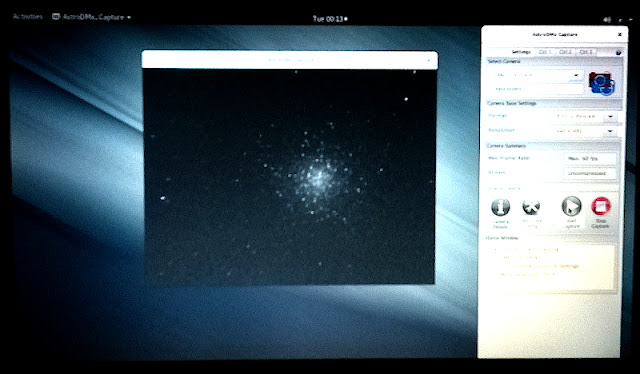 The images were stacked in Registax 5.1 running under the Windows® compatibility layer Wine. The resulting 16 bit TIFF file was then post processed in The Gimp 2.9 which can now handle 16 bit files. 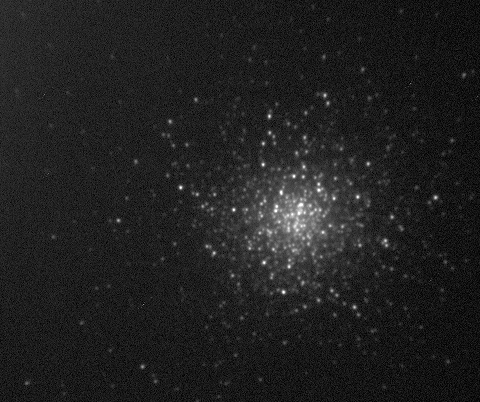 AstroDMx Capture for Linux is working well. Not only can it control the DMK series of astronomy cameras but also a number of other cameras. It is our aim to make the software compatible with as many USB cameras as possible. The GUI will be reworked to incorporate our new ideas.
Posted by astroimager at 09:04