Telescope House kindly loaned us a Bresser MicrOcular Full HD CMOS Digital camera to for us to test and implement support in The Linux capture software, AstroDMx Capture that Nicola Mackin and I are developing, primarily for the use of Imaging Source DMK, DFK, DBK series of cameras, hitherto unavailable under Linux. The software works with the primary intended cameras and we are now testing it with and implementing other cameras. 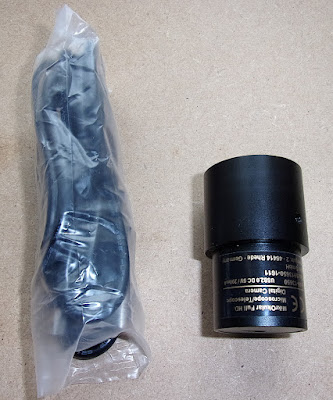 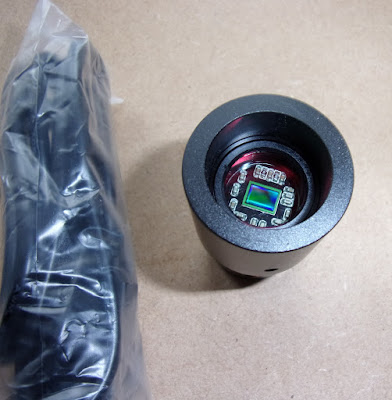 The Bresser MicrOcular camera only delivers a compressed Motion-JPEG video stream and it only offers three resolutions: 1920 x 1080; 1280 x 1024 and 1280 x 720. It is
likely that a compressed format has been chosen to deliver a reasonable frame rate at these high resolution formats. However, of the possible compressed formats, Motion-JPEG is a reasonable choice because it is an intra-frame compression system rather than inter-frame compression. This means that each frame is compressed individually, with no reference to other frames in the stream, so there is, for example, no frame prediction involved in the compression.
We have implemented Motion-JPEG in AstroDMx Capture in order to support this camera, which
works now, with AstroDMx Capture, under Linux. 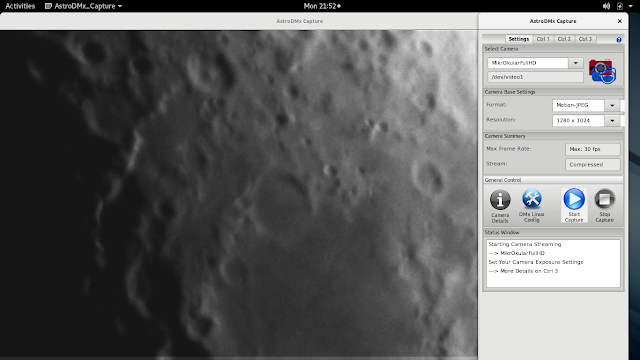 Two AVIs were captured, stacked in Autostakkert2 running under the Windows® compatibility
layer, Wine, and the 16 bit Tiff file post processed in The Gimp 2.9 which can handle 16 bit files. 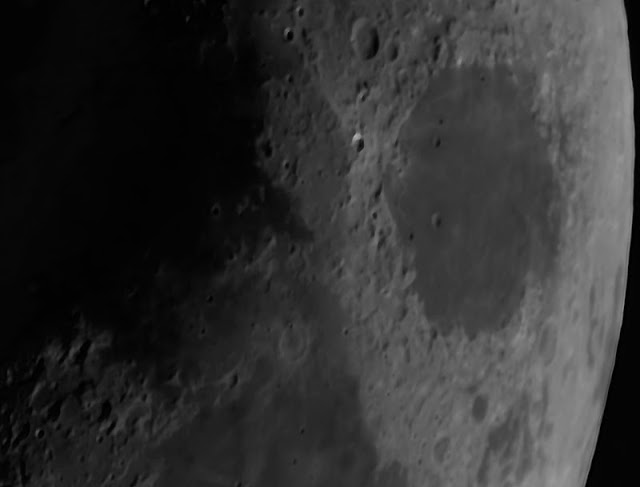 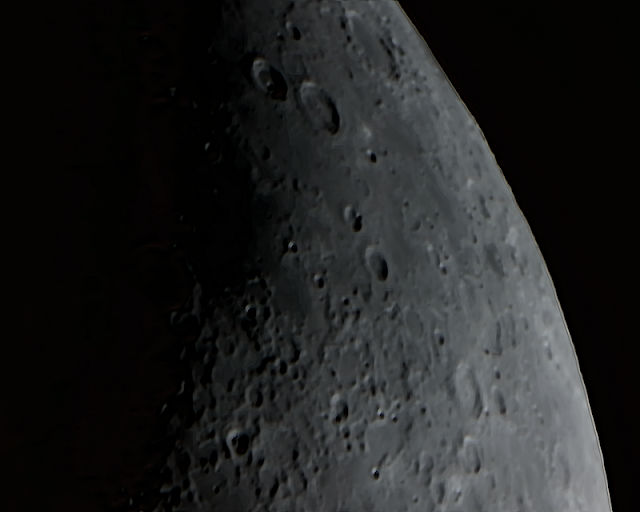 The seeing was not very good as the Moon was very low in the sky on this lunation. Nevertheless, the camera delivered good results with very little evidence of compression artefacts.

Nicola has done all of the coding for this project and is currently re-working the GUI and working on the open DML AVIX standard. It will only be a short time before the software is released.