This work was done with a laptop running Fedora Linux.
A Skymax 127 Maksutov, F=1500, mounted on a Skywatcher, Star Discovery, AZ, GOTO mount. Although wxAstroCapture was available, I decided to try a capture program that is new to me: WXCam is a capture program that can save uncompressed AVIs and is fast. The burden of this software was the same as with wxAstroCapture, in that it only has limited access to the camera's capabilities via the Linux driver. The camera used was a Phillips SPC900 camera, which was placed at the prime focus of the telescope. Better software is required for serious astronomical imaging.


The capture window displaying part of the Moon to be imaged 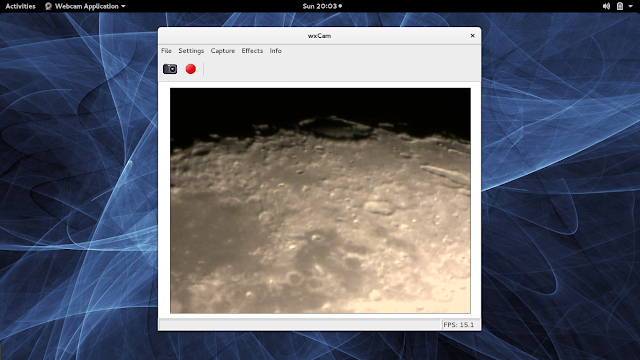 Three overlapping regions of the Moon were captured with 1 minute AVIs. The AVIs were stacked in Registax 5.1, running under Wine. The three resulting images were stitched into a mosaic which was also cropped, using Hugin Panorama, a very capable program for making image mosaics. The final mosaic was in each case, post processed in the GIMP (Gnu Image Manipulation Program). This process was repeated for a different region of the Moon. 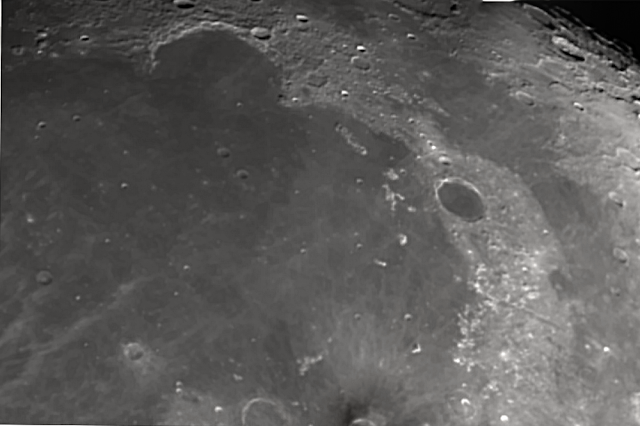 Linux has many of the tools for astronomical imaging and its main burden is suitable drivers.
Posted by astroimager at 17:00