I purchased this camera from Amazon for £2 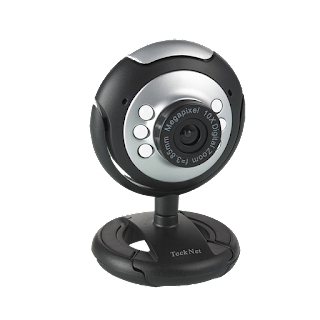 As a webcam, it is quite good and would probably give a good result for video conferencing and video chat. The reason is that it has on-board compression that allows for a smooth video transmission. Artifacts are hardly noticeable due to the motion of the video. Unfortunately, the on-board video compression cannot be disabled and that leads to problems with solar system imaging. The camera has a standard 12 mm webcam/security cam lens thread. This means that a standard webcam telescope adapter can be fitted direct with no further remounting required. The camera required no drivers and worked well with Windows 8 and with Linux Lubuntu.

For First light the camera was placed at the prime focus of a Solarmax ll 60 BF15 H-alpha scope and the Sun was imaged. 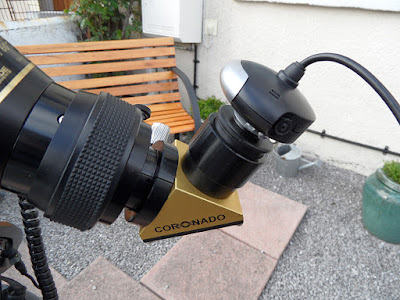 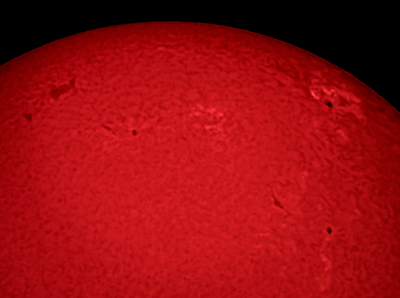 These were encouraging first light images, obtained by capturing 500 frame AVIs and stacking them in Registax 5.

The camera was then set up in an afocal configuration as this one has a standard 1/4" photographic female thread on its Base. 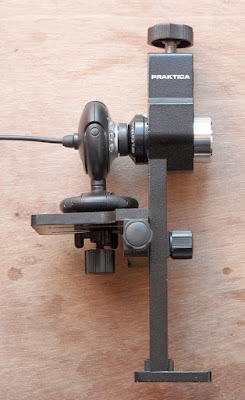 The camera was attached to a 127mm Maksutov with a 20mm eyepiece and two overlapping AVIs of the Moon were captured. The AVIs were stacked in Registax 5 and the resulting images combined in Photoshop. This could also have been done with the Freeware, Microsoft ICE (Image Composite Editor). The result was an encouraging image of the Moon: 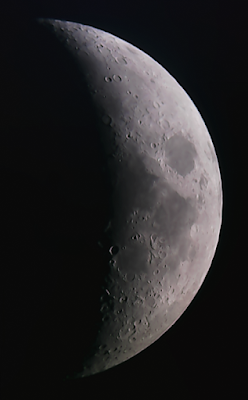 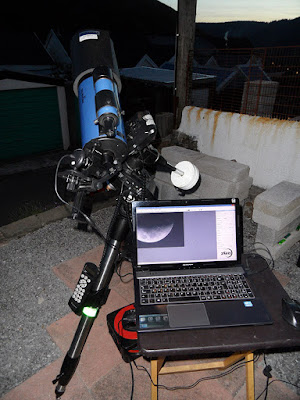 The camera functioned quite well as an electronic eyepiece using the Laptop as a viewer.

The camera was then placed at the prime focus of the 127 mm Maksutov:
Again, it served quite well as an electronic eyepiece, but at this magnification, compression artifacts started to show and they were obvious in the images produced by stacking the AVIs in Registax. 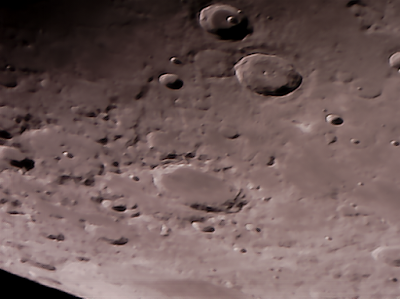 The camera was also used to capture an AVI of Jupiter. 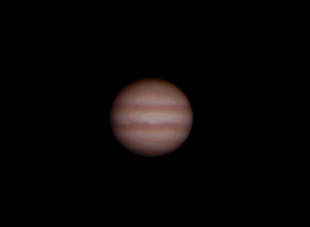 Whilst this camera can in no way be considered to be suitable for serious imaging of the solar system, it is worth it for someone wishing to make a stab at imaging without having too high expectations before they spend significant amounts of money on a more expensive imager. It is adequate as a low end electronic eyepiece. The burden of the device is the built in video compression that makes it so suitable as a video conferencing device.
I would say that if a person lacks the confidence to invest in a better device, this one will enable them to get some introductory experience that will help them to decide whether solar system imaging is for them.


Click on Older Posts to see more of this blog