The SDC-435 has a built in noise reduction function that is intended to be used in low light environments. It is important to use this function, particularly if the camera is being used as an observation camera and the image on the TV monitor is to be observed.
Below are two individual captured frames to show the quality of the viewed image. One has SSNR3 turned off and the other has the function turned on. The two images were captured within minutes of each other. The camera was fitted with a light pollution filter and the telescope was an f/10, 11" SCT: 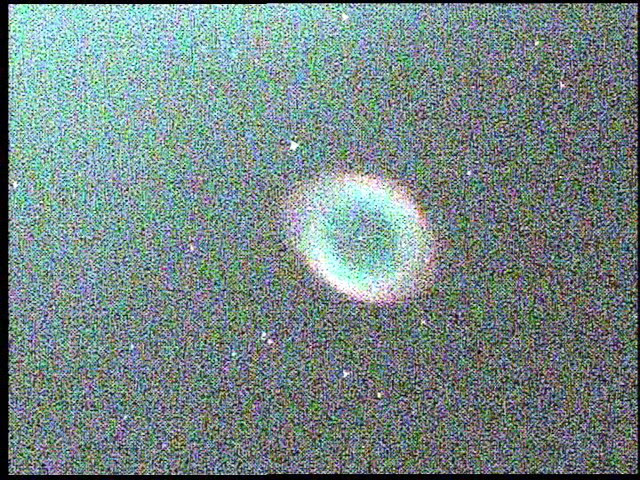 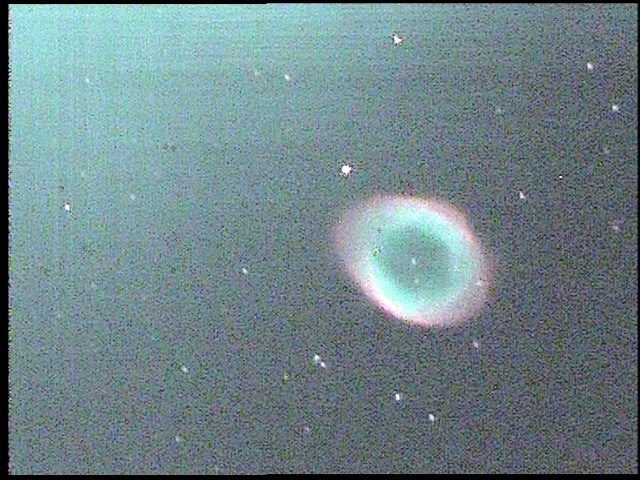 The noise has been drastically reduced but the stars in the image remain unaffected.
For the production of images, dark-frame subtraction using dark-frame scaling removes the amp glow in the top left of the image.

The modified Samsung SDC-435 was used with slightly changed white balance values and noise reduction. The camera was fitted with a light-pollution filter and was placed at the prime focus of the 11" f/10 SCT. Dark-frame and image data were recorded to DVD in high quality. The BMP frames were recovered from the DVD with VOB Frame Extractor and the frames were stacked in Registax. The aspect ratios were corrected and levels were adjusted in the Gimp. 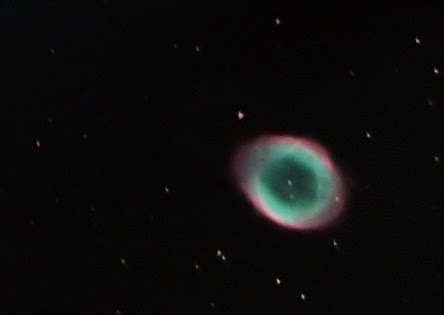 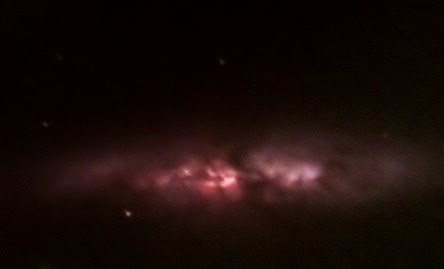 The white balance has been improved with the current settings.