It should be noted that the Samsung SCB-2000 is the same camera as the SDC-435, re-named by Samsung following company reorganisation.

Warning. Modifiying your camera will probably invalidate the warranty 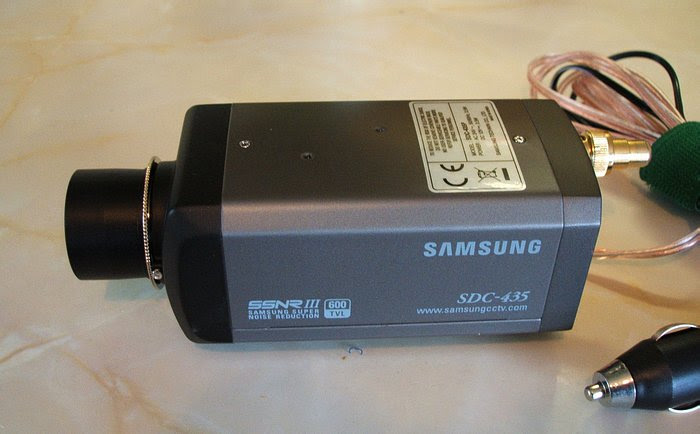 Screws at the top and bottom of the camera housing are removed. This allows the top and bottom parts to be removed exposing the internal circuit boards.
The front board which houses the CCD and the blue filter it attached by small screws to the front metal housing of the camera. It is attached to the main circuit board that runs from the front to the back of the camera by two ribbon cables. These are gently detached and the screws holding the filter assembly are removed. The assembly is shown below. The camera is then re-assembled.

The filter assembly in place 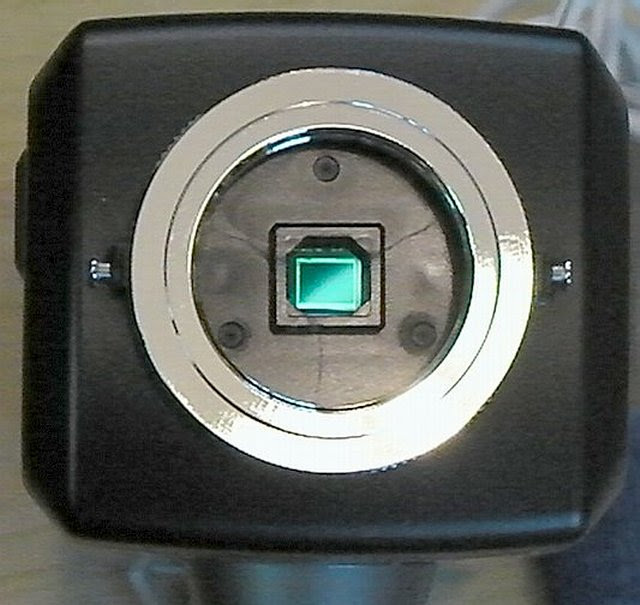 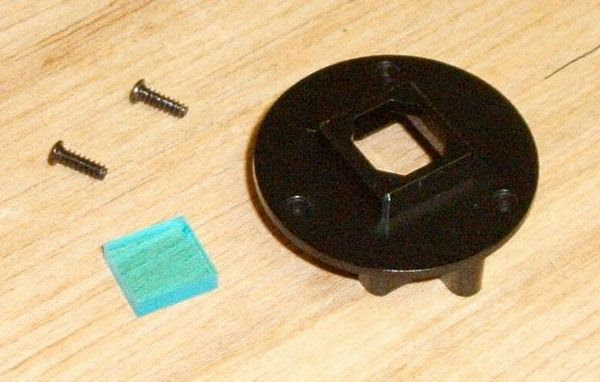 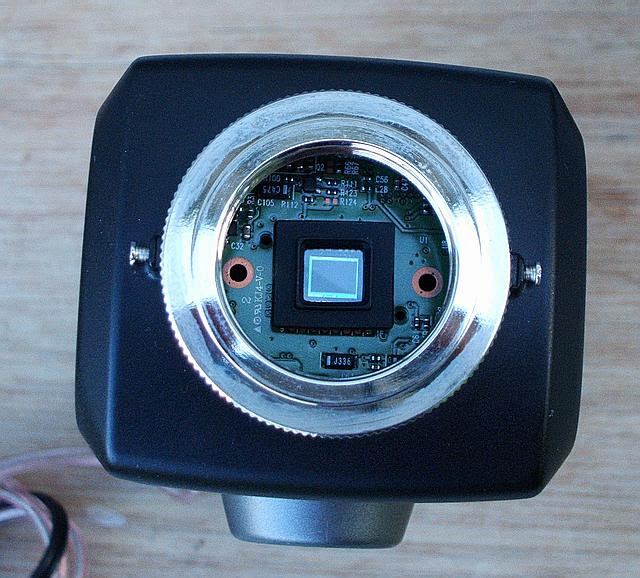 The two screw holes can be seen through which the screws attaching the filter assembly passed.
These are the settings on the OSD to set the camera up for deep-sky observing 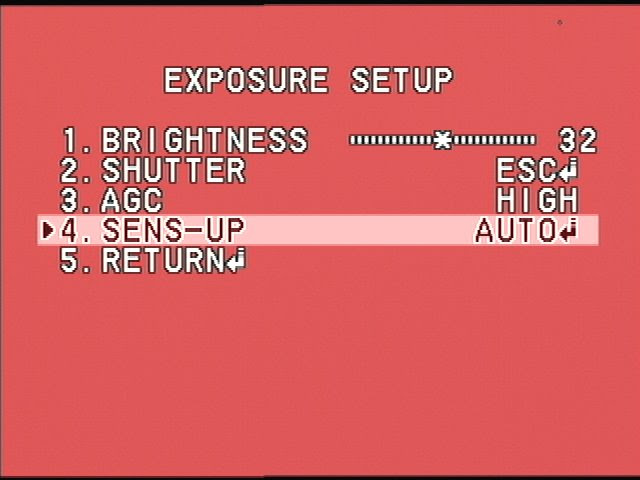 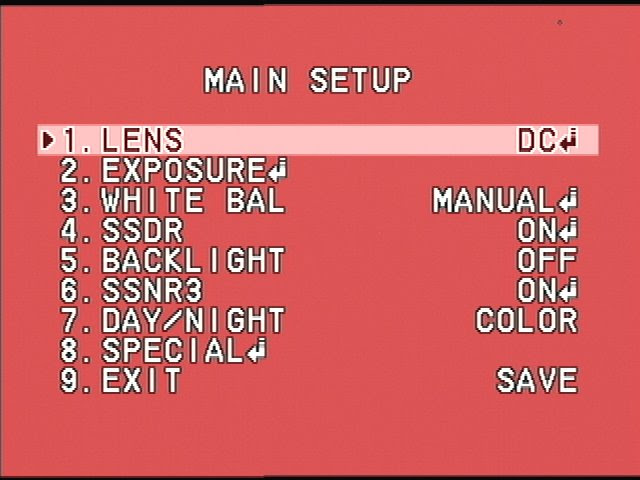 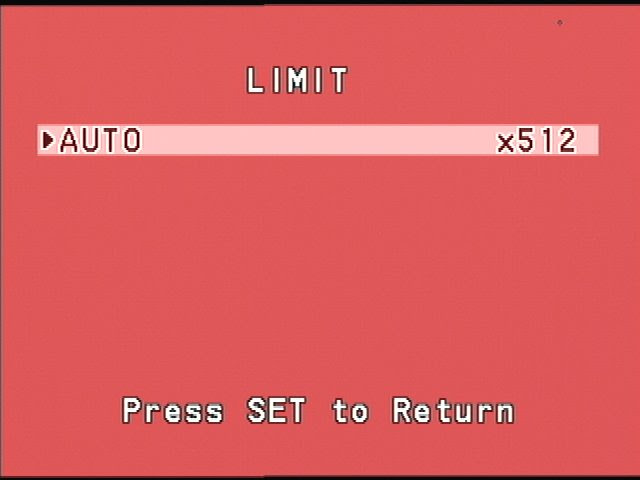 Changes to the White Balance produce the correct colour balance in the image. The settings were obtained by fitting a lens to the camera and adjusting the Red and Blue gain in daylight to produce an image with correct colours. 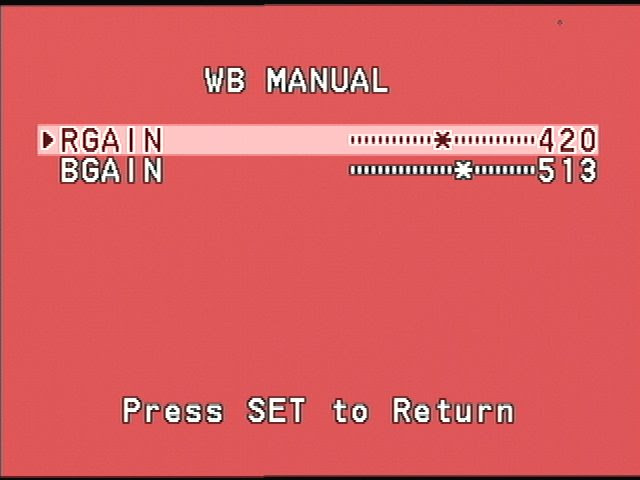 These settings work but the user should experiment.


I fitted a light-pollution filter on the camera and mounted it at the prime focus of the 11"SCT.
15min of DVD (1 Vob file) were captured at high quality and a similar amount of dark-frame data were recorded. There was a bright Moon in the sky.
The VOB Frame Extractor software coded by Ian Davies was used to extract BMP images from the DVD with no loss of quality.
Andrew Sprott’s Dark Frame Scaler program was used to correctly scale the raw darkframe produced by Registax.
The BMPs were dark-frame corrected and stacked in Registax. The resulting image was aspect-ratio corrected and cropped.
This is the resulting image with absolutely no colour manipulation: 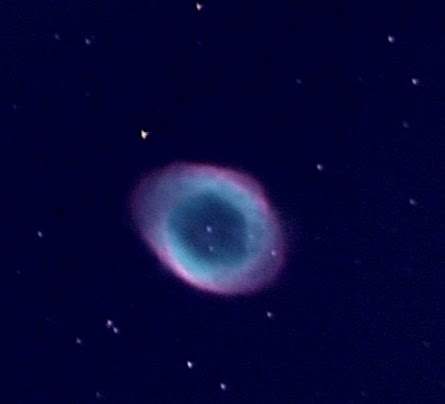