16 bit RAW with the ZWOASI120 MC camera under Linux

The ZWOASI120 MC has been implemented in AstroDMx Capture for Linux to deliver 16 bit RAW images. The 12 bit ADC RAW output is placed into the lower or higher bits of a 16 bit container (user selected). The output can be saved as 16 bit RGB Tiff files or a 16 bit SER file (RGB or Bayer).
The camera was placed at the prime focus of an f/5.5, 80mm, ED refractor, mounted on an iOptron Cube Pro, AZ, GOTO mount. 16 bit data were collected by AstroDMx Capture for Linux, of two overlapping regions of the Moon. The data were stacked in Autostakkert! 2.6 running in Wine, the resulting images were wavelet processed in Registax 5.1 also running in Wine. The two images were stitched together with Hugin Panorama Creator and the final image processed in the Gimp 2.9. 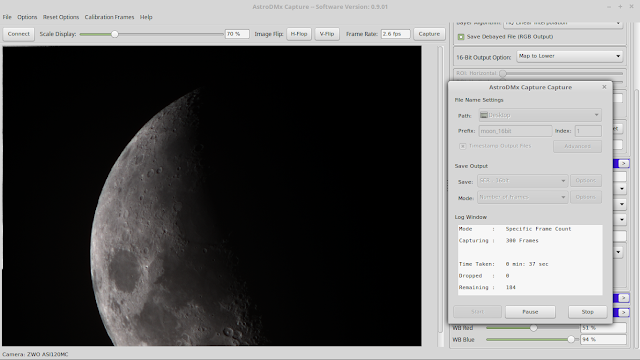 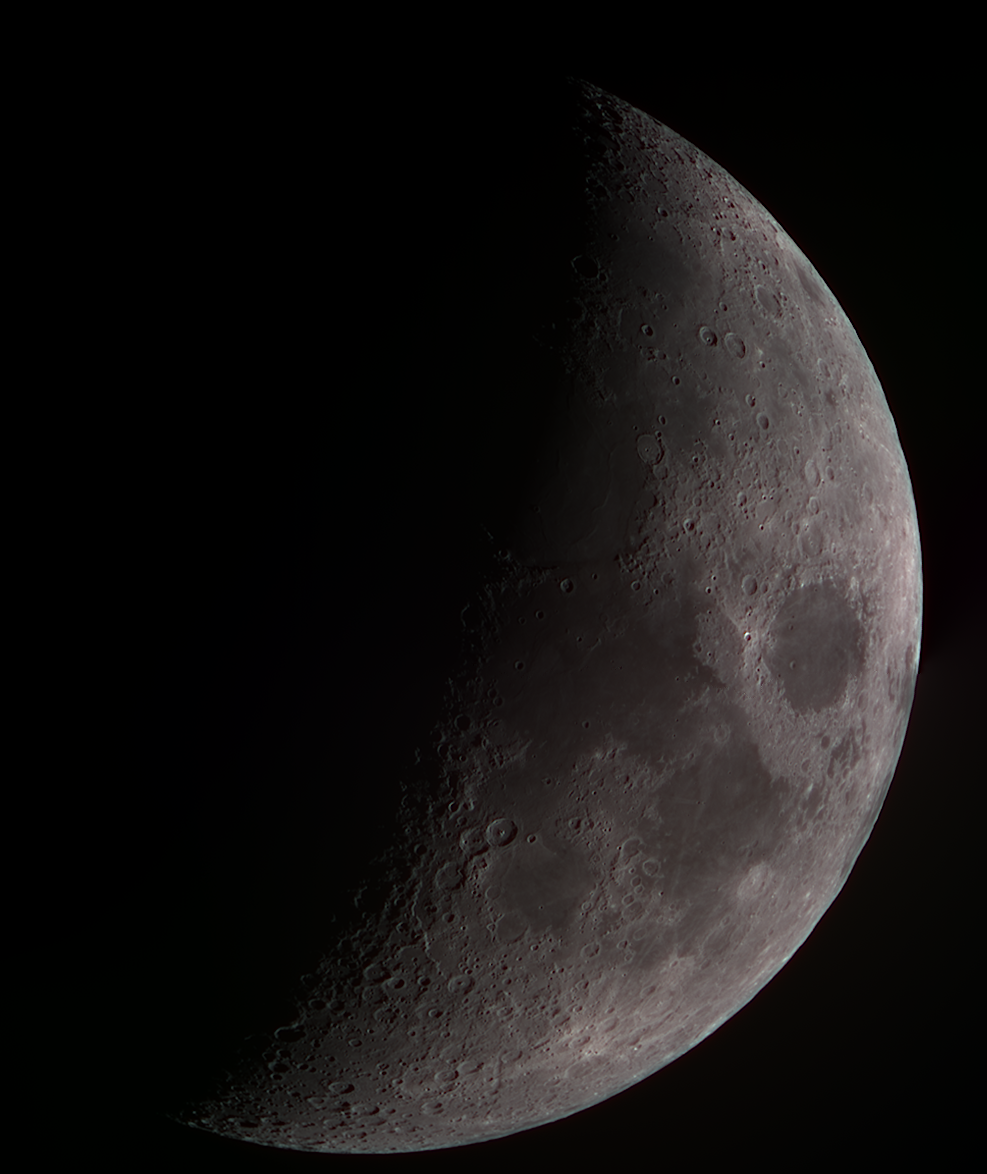