The Orion Nebula with a ZWOASI 120MC and Linux

An f/5.5, 80mm, ED refractor was mounted on a Star Discovery AZ, GOTO mount. A ZWOASI 120MC camera was attached to the scope and AstroDMx Capture for Linux, running on a Linux Mint Laptop was used to capture 100 x 5s exposures as TIFFs with matching dark-frames. The best 90 images were dark-frame corrected, de-rotated and stacked in Autostakkert! 2.6 running in Wine. The resulting image was processed in the Gimp 2.9 and Neat Image for Linux. 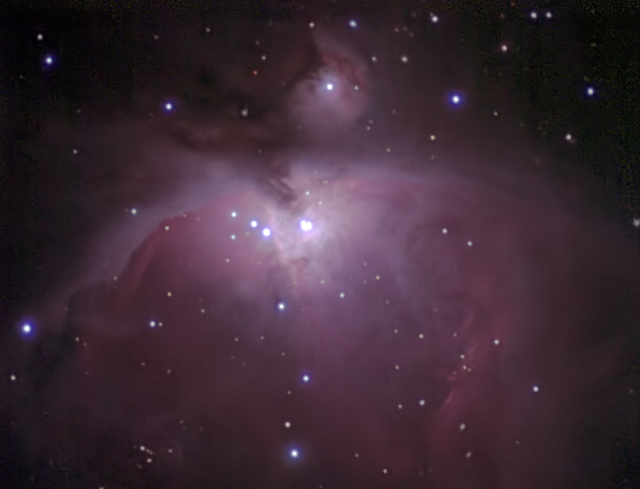 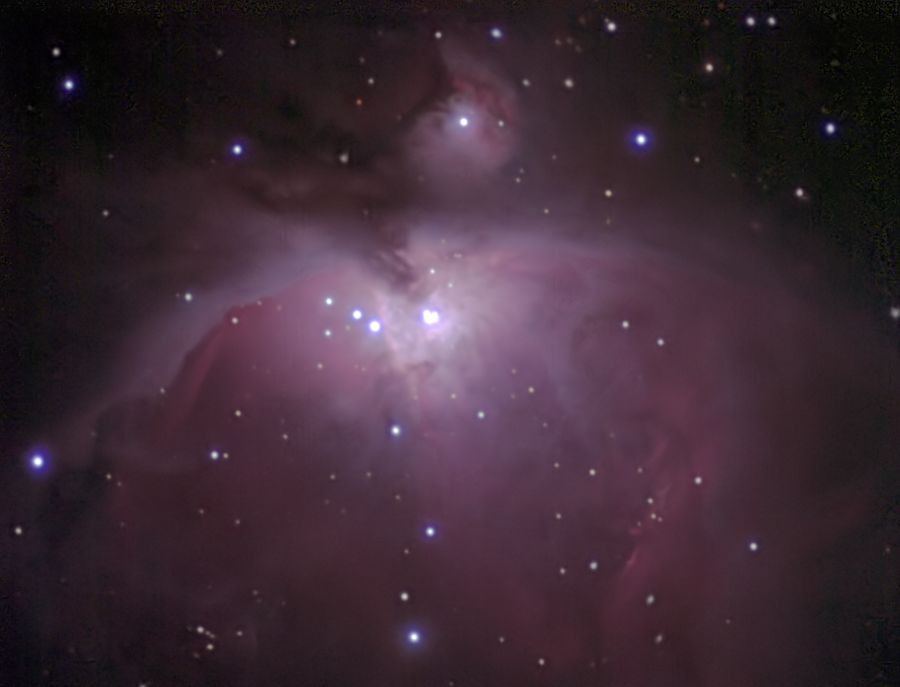 The equipment gathering the data 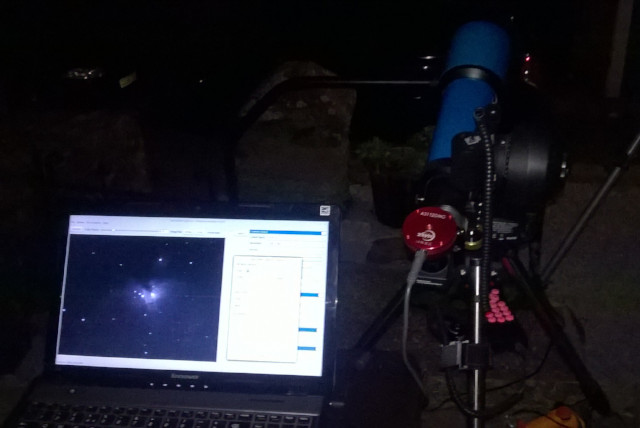 The ZWO camera is now implemented in AstroMDx Capture for Linux and 16 bit capture is next on the list.
Posted by astroimager at 23:09