AstroDMx Capture for macOS now supports the SV305 family of cameras. The camera used in these tests is the SV305-F (my designation for minus Filter, or it could represent Full spectrum. The camera has an optical glass filter that does not block UV/IR, rather than the usual UV/IR cut filter. It is, therefore, a full spectrum camera).

The first test was done with the Moon, using a Skymax 127 Maksutov on a Celestron AVX EQ, GOTO mount. The SV305 was placed at the Cassegrain focus of the scope and focused on the Moon.

The first thing that was noticed was, as expected, the Moon showed a reddish hue.

Click on an image to get a closer view.

Screenshot of AstroDMx Capture for macOS streaming data of the Moon. 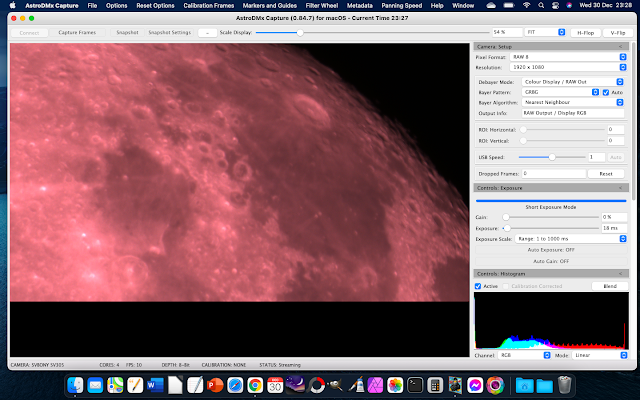 This is not a problem because AstroDMx Capture's One-Touch white balance button instantly corrects the white balance. 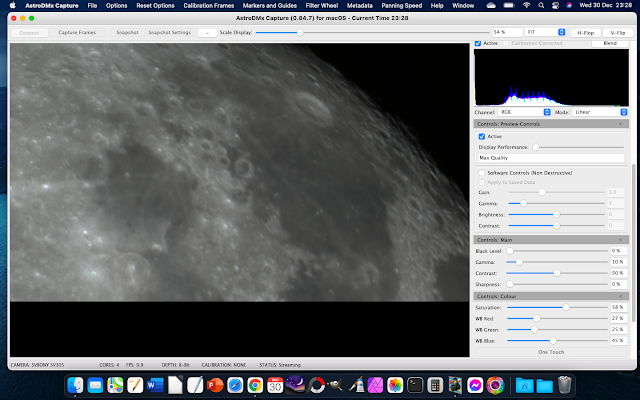 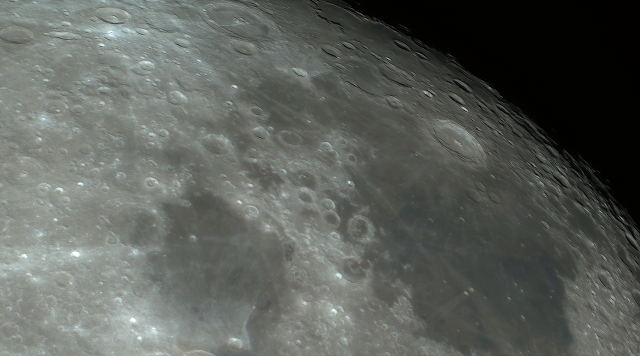 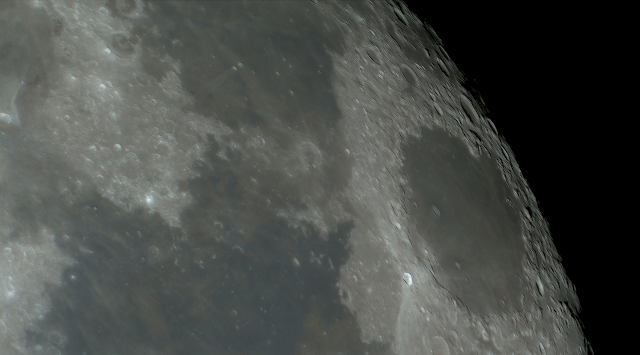 Microsoft ICE was used to stitch the overlapping panes into a mosaic. 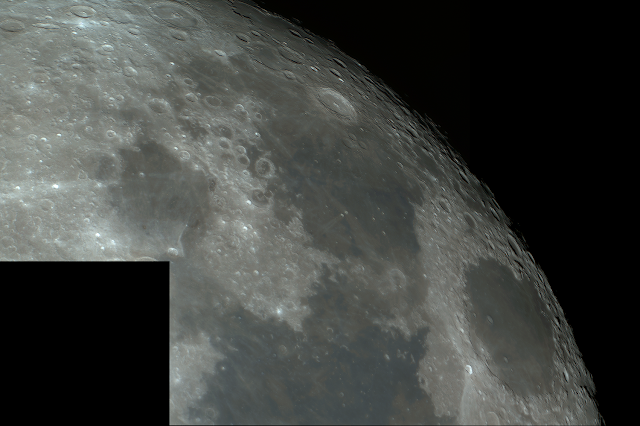 The Maksutov SV305-F combination was then aimed at the Trapezium region of the Orion nebula and 93 x 15s, 16-bit exposures were captured with matching dark-frames: all under a full Moon.

Screenshot of AstroDMx Capture for macOS capturing data on the Trapezium 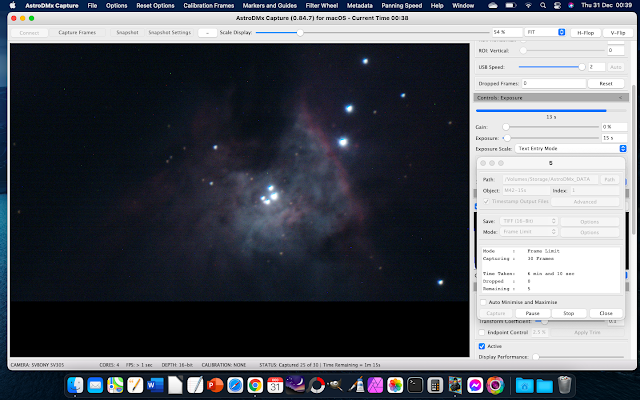 Autostakkert was used to stack the best 90% of the frames and the final image was post processed in the Gimp 2.10 and Affinity Photo. 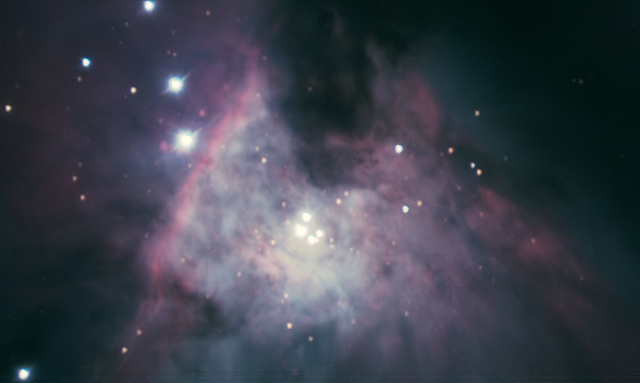 The six stars of the Trapezium are resolved

The following night a Skywatcher Explorer 130 PDS 130mm, f/5 Newtonian was placed on the AVX mount and the SV305-F was put at the Newtonian focus. 100 x 20s, 16-bit exposures of M42/M43 were captured with matching dark-frames.

Screenshot of AstroDMx Capture for macOS capturing data on the M42/M43 region of the Orion nebula. 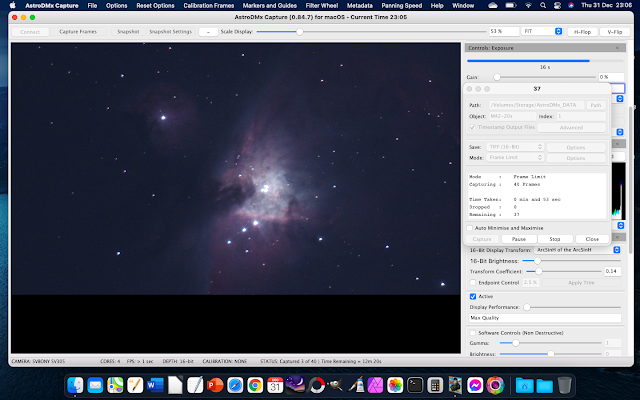 The best 90% of the frames were stacked in Deep Sky Stacker and post processed in the Gimp 2.10 and Affinity Photo.

The M42/M43 region of the Orion nebula 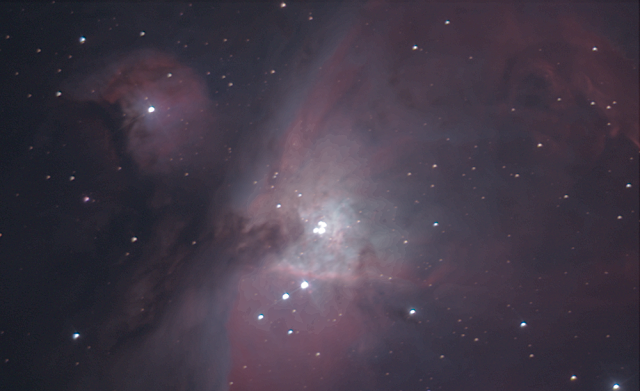 The SV305 full spectrum camera is proving to be a capable lunar imager as well as performing well on the brighter deep-sky objects. I am looking forward to testing its capabilities further.

It is working well in AstroDMx Capture for macOS and its Full HD aspect ratio allows it to capture wide fields of view, whilst also being able to use more usual dimensions common in other cameras.

Among the low-cost USB astronomy cameras, the SV305 family of cameras are among my favourites. They are stable and work very well with AstroDMx Capture for macOS, Windows and Linux, including Raspberry Pi OS.

AstroDMx Capture for Windows, macOS or Linux (Including Raspberry Pi) can be downloaded freely here:
https://www.astrodmx-capture.org.uk
Posted by astroimager at 21:34