This is a preliminary test of the capability of the Raspberry Pi HQ camera as an astronomical imaging camera. These tests are not exhaustive and do not explore all of the properties of the camera. The camera was controlled by a short Python program that I have written for the purpose of these tests.

The Raspberry Pi computer was a Pi4B with 4GB RAM. The Pi was fitted with heat sinks and a fan arranged to blow down onto the heat sinks and out of the open sides of the case. A 14” portable monitor was used to facilitate accurate focussing and to provide a good preview.

The HQ PiCamera is fitted with a C/CS mount to which a Mogg telescope adapter can be fitted. The back of the camera’s circuit board is open and slightly vulnerable. To protect the back of the circuit board, a square plasticard back was attached via bolts and nylon stand-off legs, 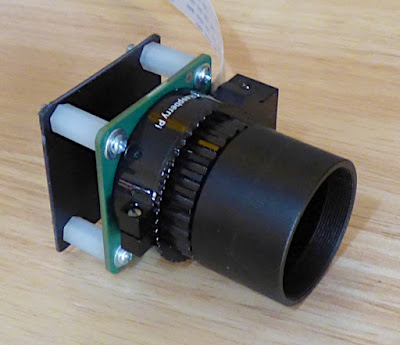 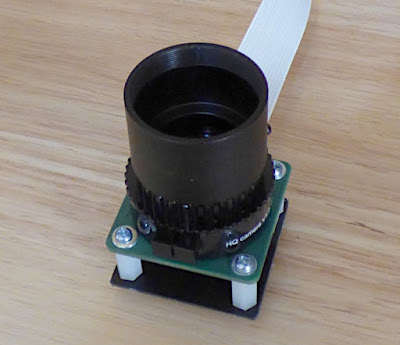 This arrangement protects the back of the camera circuit board and provides the necessary ventilation to allow heat dissipation.

The tests were done using two telescopes: a Skymax 127 Maksutov for large scale lunar imaging and an 80mm, f/5.5 ED refractor for wide-field Lunar imaging and long exposure deep-sky imaging of the Orion nebula. These tests were all done in 8-bits, which is fine for lunar imaging, but far from ideal for deep-sky imaging. The deep-sky data were collected as unsaturated .BMP s as I haven’t yet got the white balance under control for long exposures. 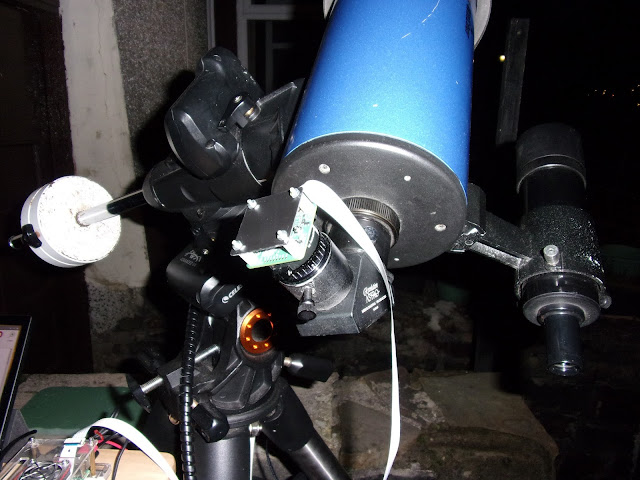 The preview overlay showing the region of the 75.1% waxing Moon being imaged 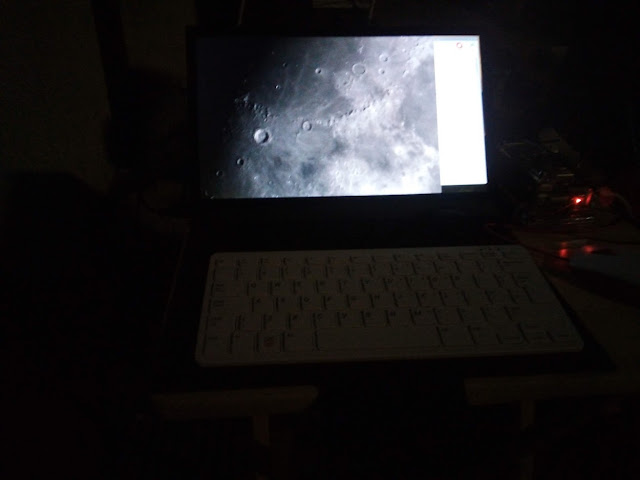 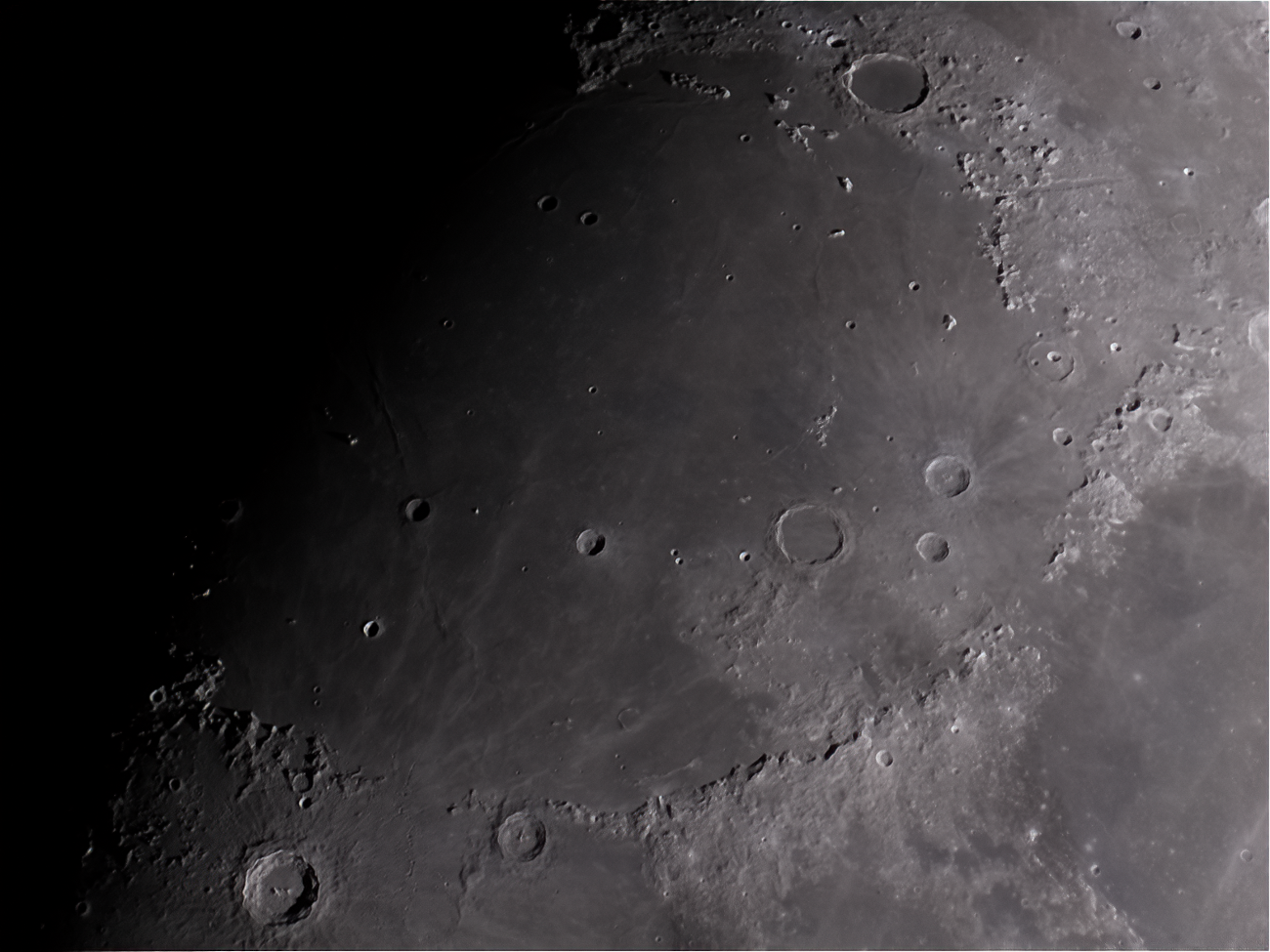 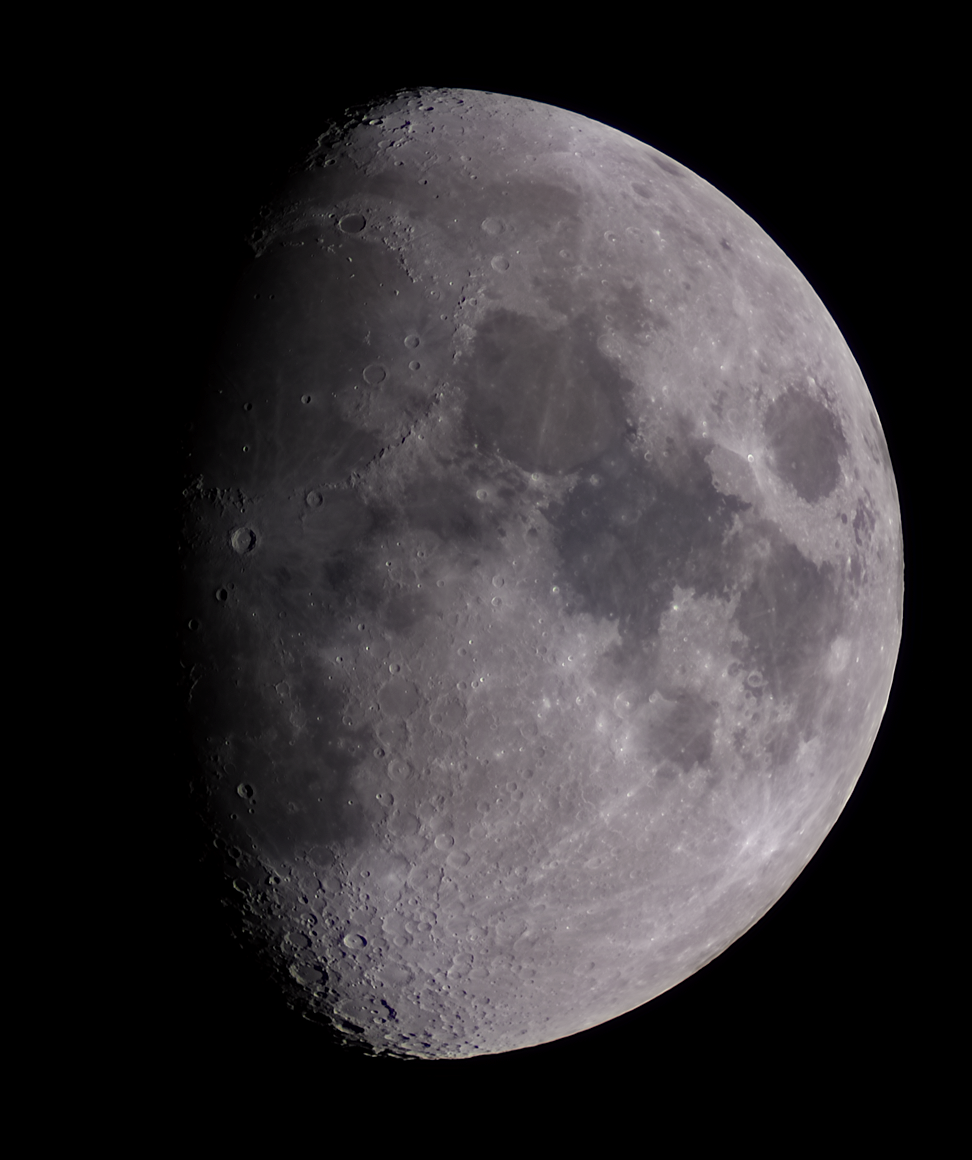 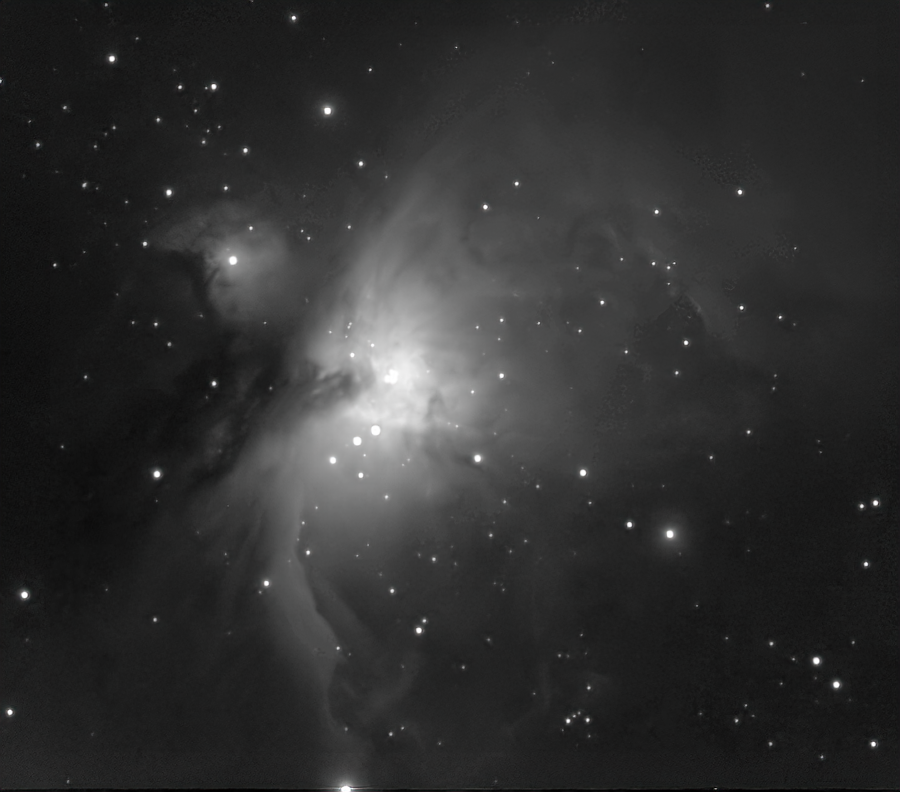 The images were only 8-bit images, but they were summed by Deep Sky Stacker into a 32-bit floating point image which could then be stretched by the Gimp to reveal the nebulosity. Obviously, it would be much better to have stacked 12-bit data saved in 16-bit image containers, but that was not possible here.

There is a V4L2 driver available, so it will be interesting to see if it includes all of the important features of the camera such as 12-bit RAW data streams.

However, the main conclusion from these experiments is that the High Quality Raspberry Pi camera  is very promising as an astro-imaging camera. There is no pixel vignetting, something that affects many small-chip webcams. It also remains to be seen what the longest exposure is that the camera can deliver

We shall look into these things and report back in the future.