﻿The SVBONY SV205 camera and how to use it in Linux

The challenging SV205 USB3.0, 8Mp camera will work correctly in Linux (and macOS) only with the new firmware obtainable from the SVBONY downloads site. The camera has to be flashed with the new firmware in Windows as there is no Linux or macOS flashing software. SV205 cameras obtained after August 2019 should not require flashing. The firmware and tool can be downloaded here https://www.svbony.com/sv205-astronomy-camera

In Nicola Mackin's AstroDMx Capture for Linux it is possible to do real-time flat-field correction and it is possible to transform to true greyscale in real time so that the data being saved in the SER files are only 1/3 the size of the 8Mp RGB files, which results is saving at full resolution at frame-rates of about 14fps. Faster frame-rate saving may be possible with fast SSD drives.

Focus is everything in imaging and focusing the SV205 has to be done very, very slowly because there is significant lag and it is very easy to go through focus. AstroDMx Capture for Linux has Frame lag control under Options which will help with this considerably during focusing, but should be reset before capturing.

The SV205 was connected to AstroDMx Capture for Linux which was set to transform to greyscale. An average flat field was applied in real time and 1000-frame SER files were captured of two regions of the Moon.

The best 95% of frames in the SER files were stacked in Autostakkert! 3 and the resulting images were wavelet processed in Registax 5.1. The final images were post processed in Glimpse (a fork of the Gimp) and Pinta. 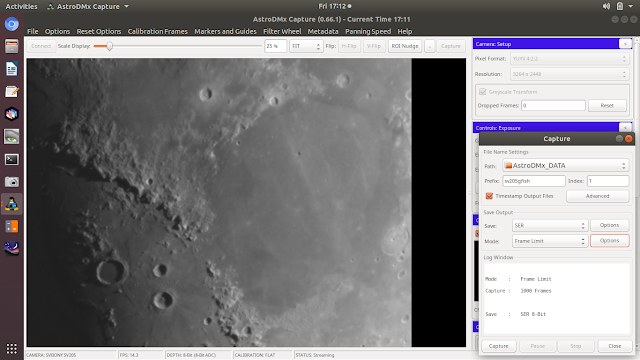 Lunar image of the Montes Apenninus region of the Moon 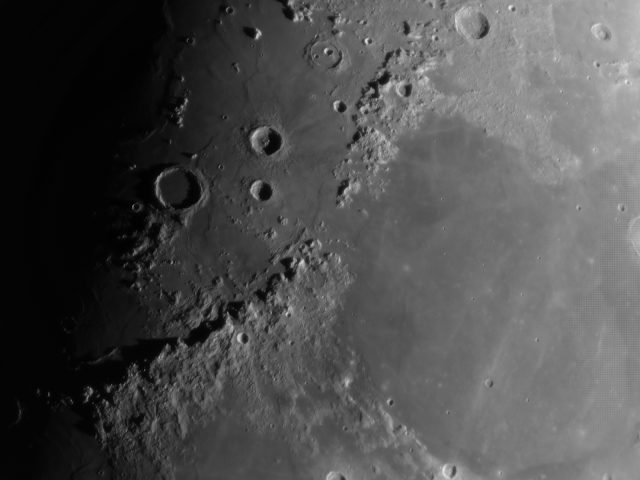 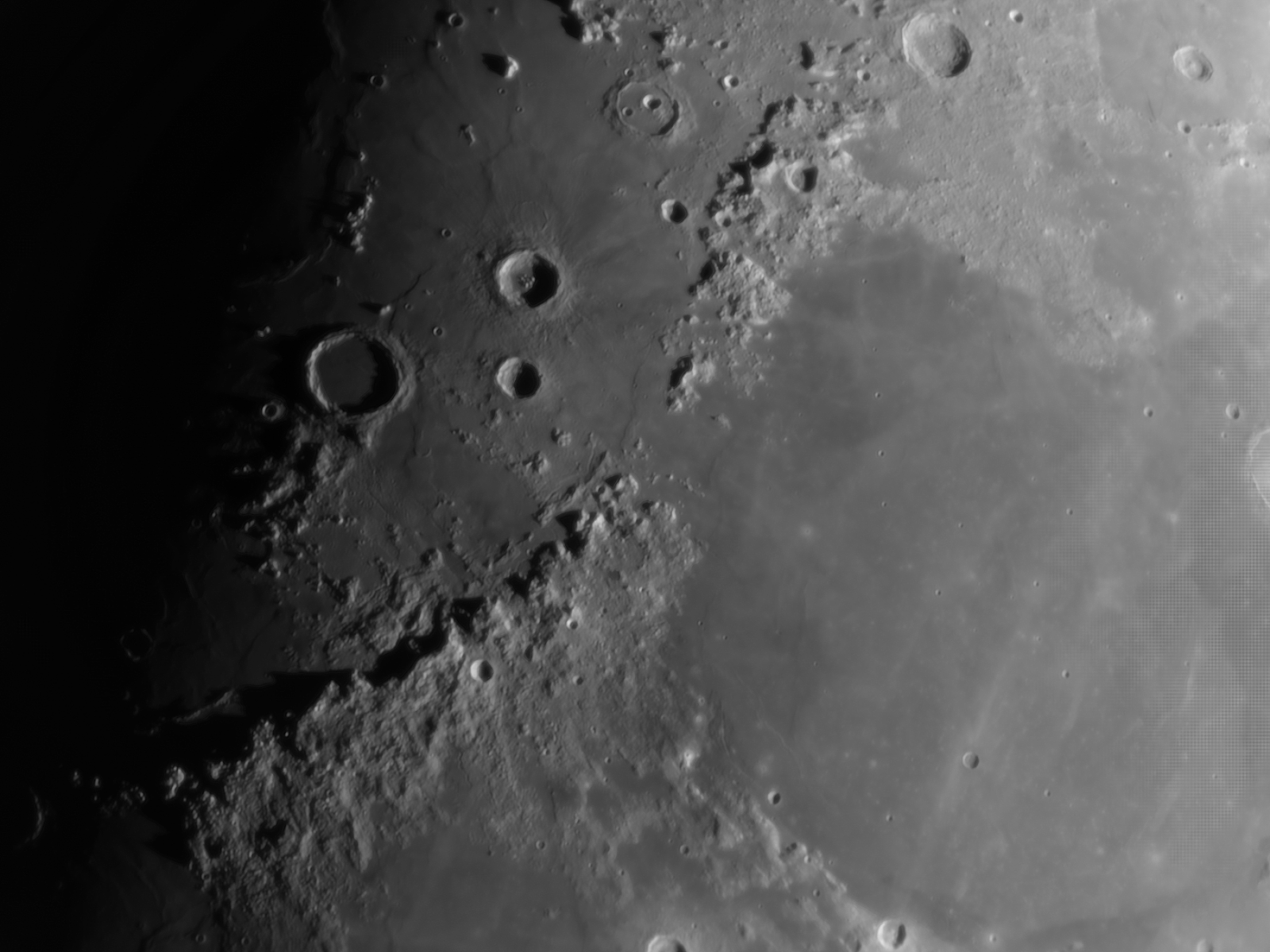 Lunar image of the Alphonsus, Ptolomaeus, Arzachel region of the Moon 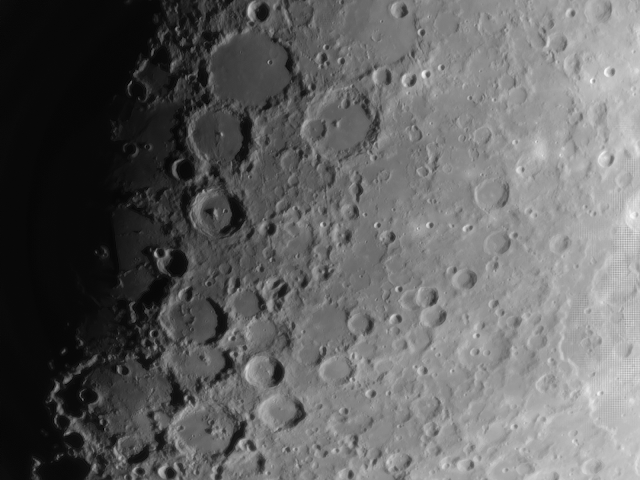 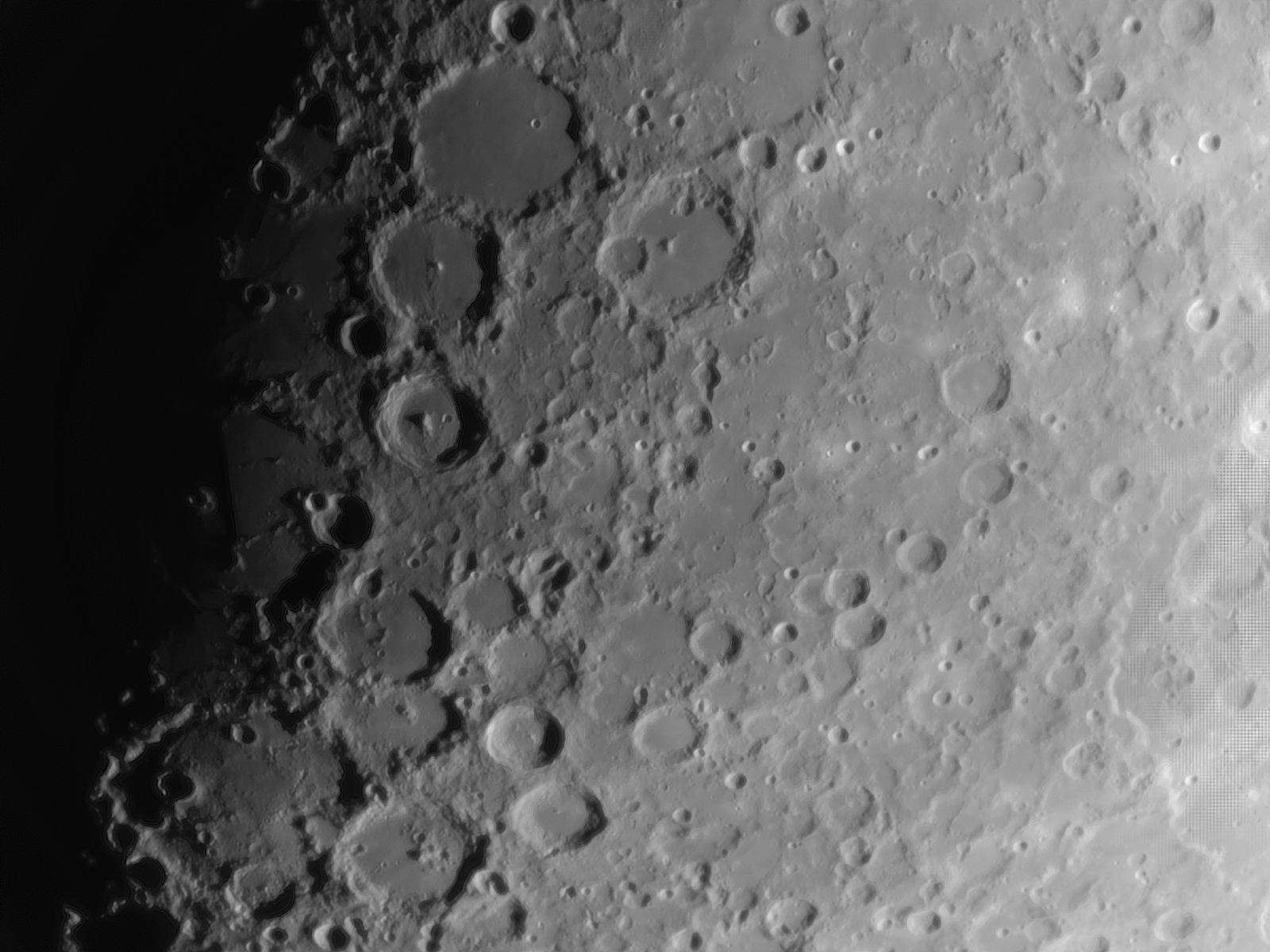