A QHY 5L-ll-M camera was placed at the Cassegrain focus of a Skymax 127 Maksutov. Nineteen overlapping panes of 1000-frame SER files at a resolution of 1280 x 960 were captured of the 48%, waxing, crescent Moon using a MacBook Air running AstroDMx Capture for MacOS.


Screenshot of AstroDMx Capture for MacOS 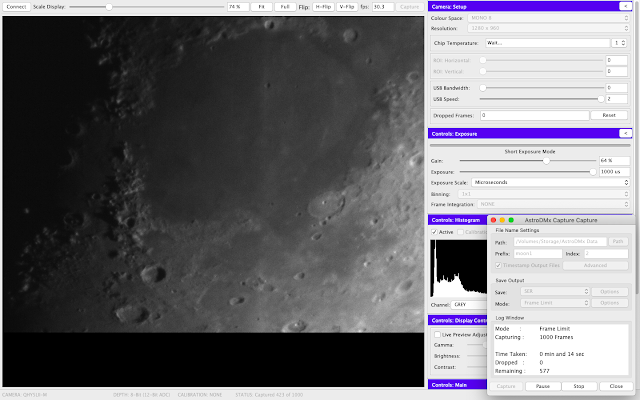 The best 90% of frames in each of the 19 SER files were stacked in Autostakkert!3 running in Wine.
The resulting images were stitched using Panorama Stitcher and the final mosaic was wavelet processed in Registax 5.1 running in Wine. 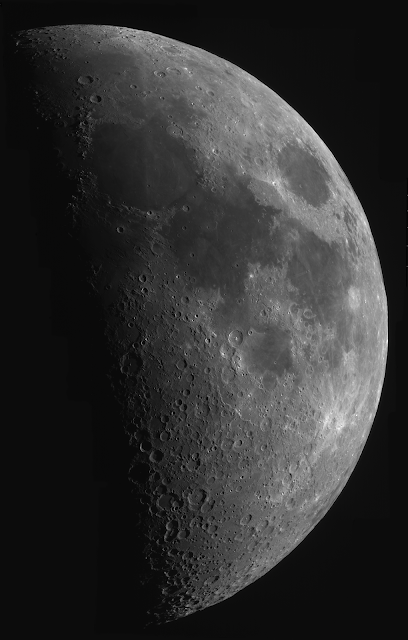 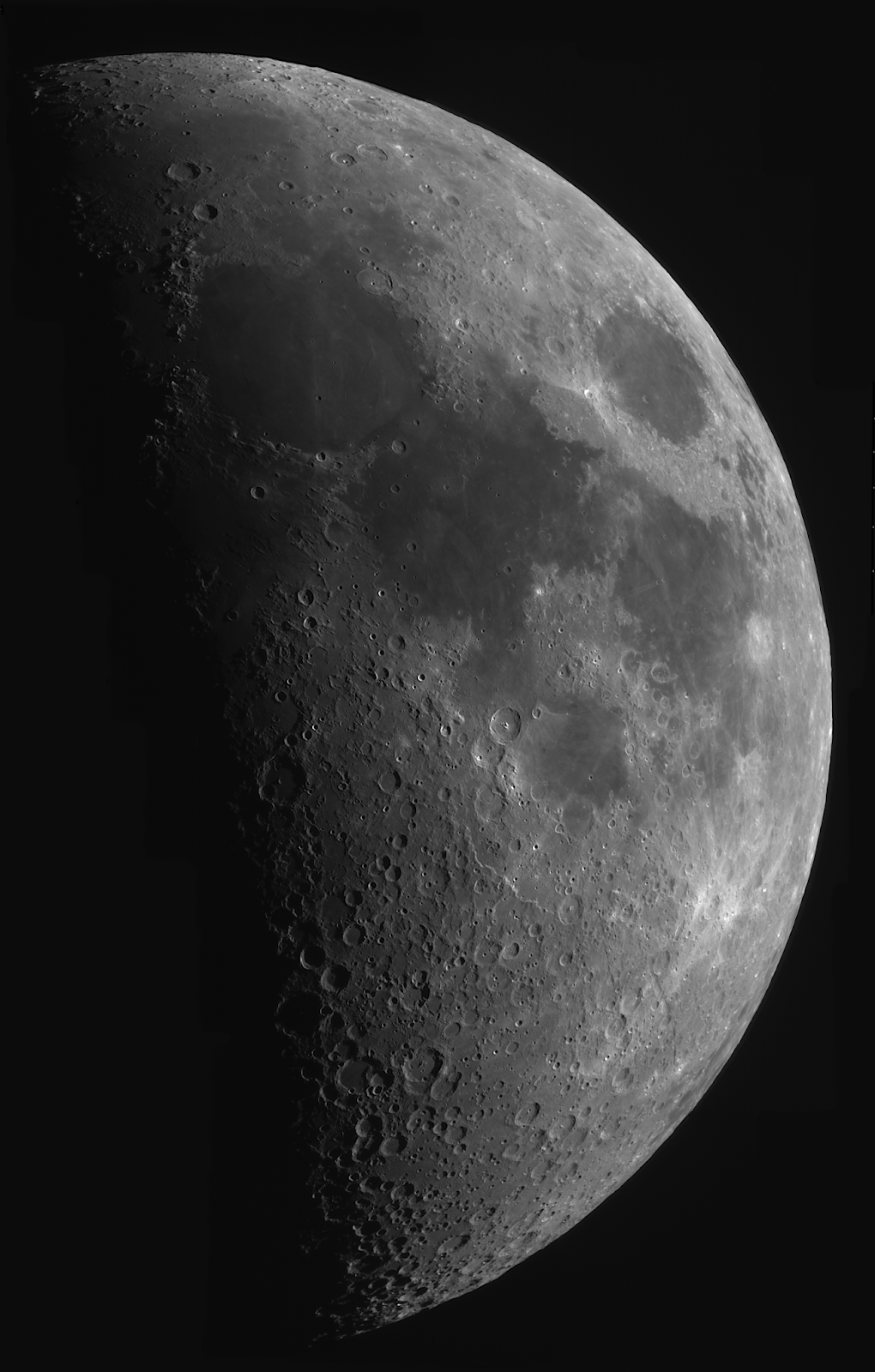