Modifying a Celestron Omni XLT 150 Newtonian for using a light pollution (or other) filter when a DSLR is directly connected to the telescope.

The Omni XLT 150 f/5 Newtonian, shares a problem with a number of other Newtonians in that when a DSLR camera is connected to the focuser via a 1.25" adapter, the scope does not have enough back focus to allow the image to be brought to focus.
The solutions to this problem have been:

We show here, an experimental method of allowing a 1.25" light pollution filter to be used with direct camera connection. This is a solution that could be adopted by Celestron (or any other manufacturer) at very little cost, as a standard component of the focuser.


First, a Barlow lens was disassembled so that the middle tube, which is filter threaded, could be removed and used as an internal filter holder in the focuser tube. 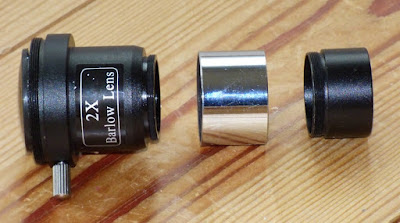 A thin shim of plastic tape was placed around the middle tube and it was inserted tightly into the focuser tube and fixed in place with superglue. 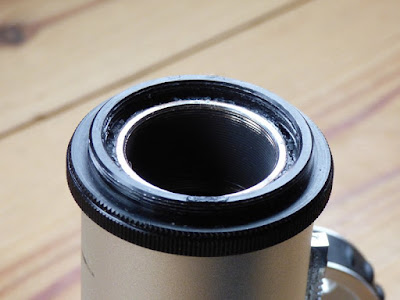 The filter threaded Barlow tube was pushed far enough into the tube to allow the 1.25" adapter to be screwed back into place for normal eyepiece work. This adapter has to be removed for filter insertion and direct camera attachment. 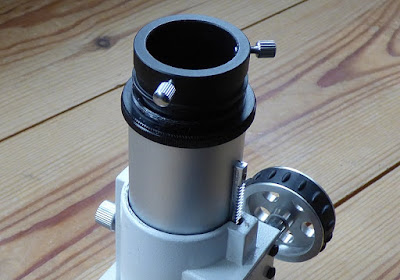 After removal of the 1.25" adapter, the Light Pollution filter can be screwed into the Barlow tube threads. 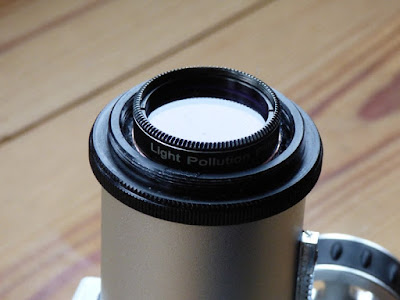 The T-ring can then be attached as usual, ready for direct camera attachment. 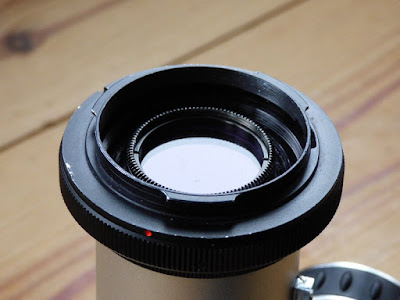 Or the 1.25" adapter can be replaced, with the filter in place, for use with a camera that does not have a filter thread as in a camera tested recently. 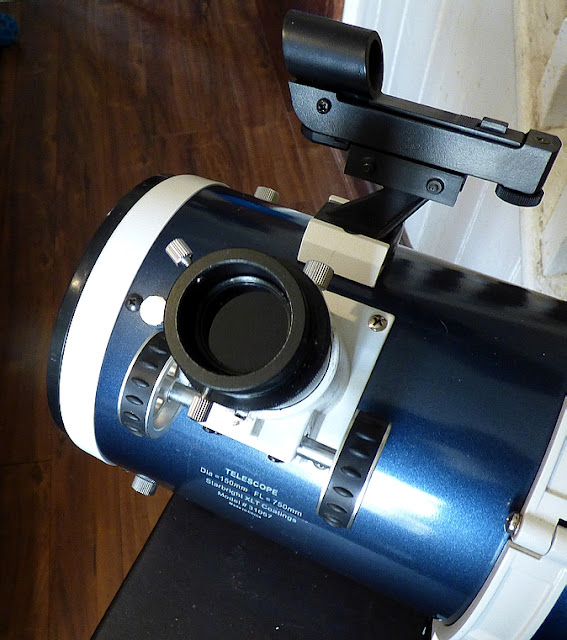 It is unlikely that this procedure will introduce any more vignetting into the image than would have been produced if the scope had enough back focus to allow a 1.25" adapter to have been used.

In my view, any scope with the facility to attach a DSLR directly to the focuser, should have a filter threaded section inside the focuser to allow the use of filters, in particular, light pollution filters.
Posted by astroimager at 13:58