The Mintron 22S85HC-EX 1/2" chip, frame-accumulating monochrome video camera was featured here two posts ago. It has a 1/2" CCD chip which gives slightly wider fields of view than the 1/3" chip model, the MTV-23S85HC-EX-R. Moreover it has very low amp-glow which is an advantage when the camera is being used as an observation tool.
I am adopting the term 'frame-accumulation' rather than 'frame-integration' as there is some ambiguity in what is meant by 'integration' in this sense.
This post gives a preview of advances in astrovideography that will lead to better quality images and will obviate the need for a computer capture card as long as a DVD recorder is available, or will allow a computer with a capture card to record DVD from which images can be recovered without quality loss.

I have, with Ian Davies, written an article which should appear shortly in 'Astronomy Now' that explains everything. It will also explain how to obtain the freeware software that Ian has developed to acheive this.

In the meantime, here are some results produced with a Celestron C6 and a The Mintron 22S85HC-EX 1/2" chip, frame-accumulating video camera. 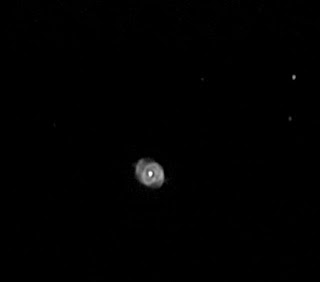 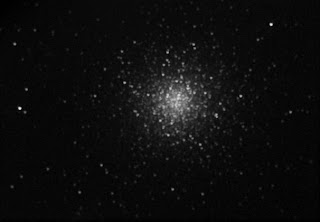 M17, The Swan or Omega nebula (Captured under a full Moon) at the prime focus of a Skywatcher 130P Synscan AZ GOTO Newtonian. 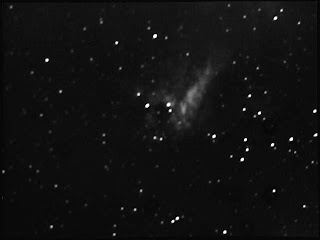 These images were extracted directly from a DVD recording without a capture card and without associated losses in quality.
Watch this space:

Check out my eBook on Observing and Imaging the Sun with Modest equipment, with a foreword by Sir Patrick Moore. 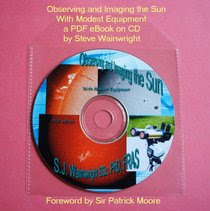 Dont forget to click on 'Older Posts' or 'Newer posts' below or browse the 'blog archive' on the left.
Posted by astroimager at 00:11